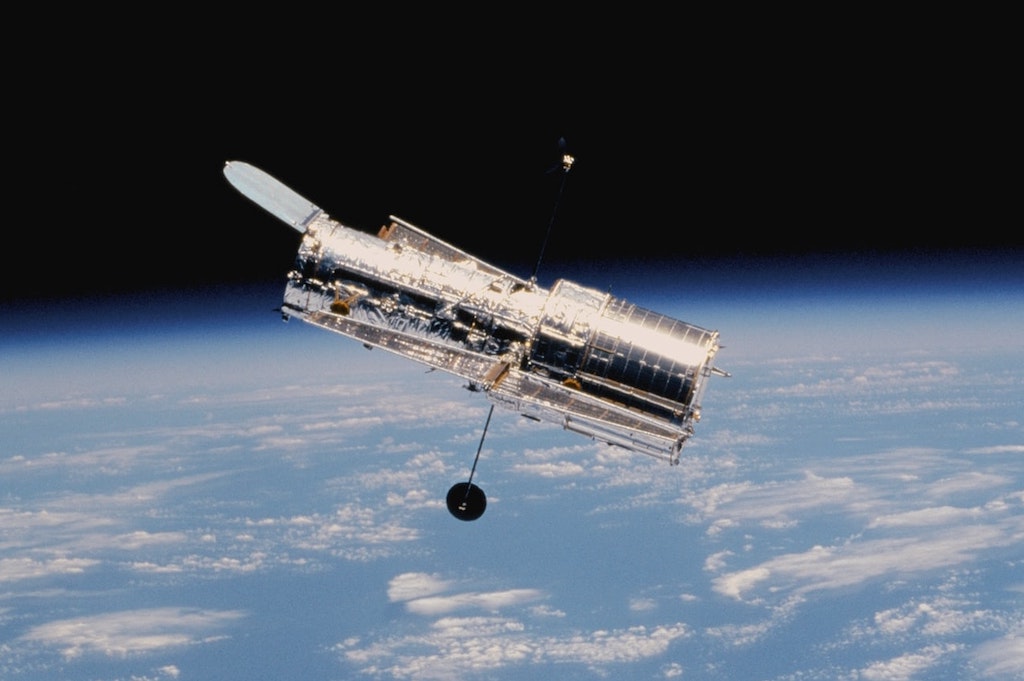 In 1961, Soviet cosmonaut Yuri Gagarin flew higher and orbited longer than Richard Branson and Jeff Bezos combined aboard Vostok 1, the world’s first piloted space flight. Upon his return to Earth, Gagarin became a global celebrity, traveling the world and recounting what it felt like to drift weightless and see the planet from above. For a brief moment, he transcended the boundaries of the Cold War, greeting cheering crowds in both Soviet and US-allied countries, capturing our collective fascination with the cosmos.

The Vostok mission was meticulously planned and engineered, its cosmonauts trained for years. Its successor, Soyuz 1, was a different story. The 7K-OK spacecraft had been hastily constructed, its three unmanned flight tests all ending in failure. According to one account, Gagarin helped detail over two hundred structural concerns in a report urging the flight be called off. It’s rumored that he even tried to take his fellow cosmonaut Vladimir Komarov’s place piloting the doomed mission. In the end Komarov’s parachute failed to deploy and he burst into flames on reentry, plummeting at forty meters per second into the Earth.

In aeronautics, the margin between triumph and tragedy is narrow. While hubris may have been Soyuz 1’s fatal flaw, the pursuit of profit has similarly incentivized corner cutting in the US space program. NASA, once the crown jewel of the public sector, has been slowly sold off to private contractors in the neoliberal era.

Since 2020, NASA astronauts have ridden SpaceX Falcon 9 rockets into orbit, a model that has raised safety concerns among engineers and logged more failures since its debut in 2006 than the space shuttle did in thirty years. Recently, another NASA contractor, Virgin Galactic, was grounded for investigation by the Federal Aviation Administration after its pilots failed to notify the agency that its celebrated Unity flight was veering into commercial airspace.

Mission objectives have changed as well. While perhaps always mythic, the once allegedly valiant aspirations of the space program have given way to openly touristic and militaristic goals. Corporations pursuing commercial space flight have received billions in public financing, and the US Space Force alone already has nearly three quarters the total budget of NASA.

The true ethos of space exploration, however, is one of public works and education. Peering into the void of space inspires the deepest questions facing humanity: Who are we? Where do we come from? Where are we going? While a space program catering to the science fiction fantasies of billionaires is decidedly dystopian, conceptualizing space exploration as an educational mission to remotely probe the depths of the galaxy can help animate a more equitable vision of futurism.

How can space exploration serve society?

Our first priority must be to decarbonize space flight. Without achieving this, the emissions that space flight generates are hardly justifiable given the state of our planet. Like the space blanket and cochlear implant, the applications of zero-carbon jet fuel would go far beyond the space program that developed it. Commercial aviation contributes an estimated 3.5 percent of effective radiative forcing — a figure that space tourism could skyrocket.

Due to the weight of batteries and other logistical challenges, hydrogen fuel cells are considered one of the few viable pathways to decarbonizing long-distance flight. While some private space corporations have begun incorporating hydrogen, the fuel production is likely emissions-intensive and the technology remains proprietary. A publicly directed moonshot research program, coupled with tight restrictions on fossil-fueled rocket launches, could greatly accelerate the implementation of green hydrogen fuel cells in aviation and other difficult-to-decarbonize sectors.

In addition to our atmosphere, we must respect the sanctity of orbital space, which we have littered with trash. The Defense Department’s Space Surveillance Network currently estimates there are more than twenty-seven thousand pieces of debris orbiting Earth. Yet even as their own ships run a gauntlet of garbage, billionaires are trashing space more than ever.

While perhaps none match the vanity of the Tesla Roadster, competing commercial satellite networks like Musk’s Starlink and Bezos’ Project Kuiper actually pose a much greater collision threat and are also egregious sources of light pollution and electromagnetic interference. These redundant and dangerous monuments to the egos of oligarchs ought to be taken down from our skies along with other forms of space trash.

Rather than granting billions in subsidies to enable this pollution, governments should instead collect the taxes that corporations like SpaceX, Blue Origin, and Virgin Galactic have evaded and use them to create public sector careers  cleaning up their mess. To the extent that it is useful, publicly sponsored infrastructure in private hands should be nationalized and made accessible to all.

The trade-offs between telecommunications infrastructure and preservation of dark skies highlight another core failure of NASA’s past: the lack of a planetary internationalism. In 2013, the Bolivian Space Agency and the China National Space Administration collaboratively launched the Túpac Katari 1 satellite (TKSat 1), demonstrating how easy it could be to close the space infrastructure gap between the Global North and South.

The same year that the United States proposed to desecrate a Hawaiian sacred site for a telescope, Bolivia used space technology to bring internet and cell service for the first time to millions of Andean and Amazonian citizens. Since then, TKSat 1 has boosted education and development initiatives and even helped defend Bolivian democracy by relaying the transmissions of campesinos resisting the US-backed coup government in real time.

Satellites can serve many other public interests, such as facilitating research that helps scientists monitor problems like climate change, deforestation, and forced labor. While today’s satellite infrastructure is used to commercialize communication and fuel mass surveillance, an international consensus to treat telecommunications and information access as public rights could instead provide free global broadband coverage with minimal infrastructure, balancing scientific advancement with our collective view of the stars.

Finally, a socialist vision for space exploration could enable us to reach our full potential to venture into the unknown. History enshrines the intrepid explorers, but the true heroes of the space age are the workers at ground control. Yuri Gagarin made it home safely because of his command crews stationed from Baikonur to Khabarovsk. Apollo 13 famously called on Houston when they had a problem. Today, many of our brightest astrophysicists and aerospace engineers are swept up by military departments and weapons manufacturers. We should use their talents for science and education instead.

That doesn’t mean, however, colonizing Mars. The Red Planet is a cosmic wonder, but a dreadful place for Earthlings. It has very little carbon dioxide, and no amount of terraforming will reinstate the magnetic dynamo that once deflected the solar winds now stripping away its depleted atmosphere. In fact, everything we have learned from researching Mars has reinforced the importance of protecting the fragile atmosphere of our home planet. While piloted space flights may be useful in some situations, we should place far more emphasis on collaboratively building robots like the ones that have taught us about our planetary neighbors.

In today’s space race, these initiatives compete for funding. By prioritizing cooperation over colonization, however, we could pursue them all. We could attempt to retrieve raw materials for green energy infrastructure from decommissioned satellites and uninhabited asteroids instead of mines in the Global South. We could search the solar system for extraterrestrial life by flying rotorcrafts into the hydrocarbon-rich atmosphere of Titan and boring submarines into the icy subsurface ocean of Europa. We could strive for the first landing on Pluto, Eris, or even beyond — not to plant a flag, but seed a concept of what we can collectively achieve.

In his final years of reflection on our Pale Blue Dot, astronomer Carl Sagan pondered, “Where are the cartographers of human purpose? Where are the visions of hopeful futures of technology as a tool for human betterment and not a gun on hair trigger pointed at our heads?” Sagan’s legacy — including the world’s first and only interstellar mission — offers a glimpse of this vision.

We can choose to collaboratively probe into the depths of the cosmos, conveying collections of human knowledge, or to taxi billionaires to spend four minutes at the edge of space, indulging their fantasy of escaping the planet they’re poisoning with the very fuel propelling them. In either case, the financial, intellectual, and human costs will be borne by the public.

Fortunately, if there’s one thing that space exploration has taught us, it’s that fate isn’t written in the stars. That happens down here on Earth.