We’ve all been waiting a good long while now for a brand new WarioWare game to dive into as, in terms of a proper fully-formed entry in the series — one that isn’t a greatest hits compilation or experimental spin-off — it’s been well over a decade since the last mainline addition to the franchise dropped. However, the long wait is finally over and WarioWare: Get It Together! has been worth the extended downtime. Nintendo has gone ahead and really shaken things up with this outing, and it’s a shake-up that’s paid off handsomely. This may well be the very best WarioWare yet.

Of course, if you’ve been following the pre-release hype or jumped into the game’s demo on the eShop, you’ll undoubtedly already know all about the biggest change that has taken place with this one. For the first time ever in the series, WarioWare’s colourful cast of characters — who up until this point have been restricted to cheering from the sidelines — are now fully playable. Yes, instead of controlling the bonkers micro-games directly, in WarioWare: Get It Together! you’ll now have to pluck underarm hairs, squeeze toothpaste, plug nostrils, dance around toilet bowls and so on by utilising the unique skills of all twenty of the game’s playable crew members. 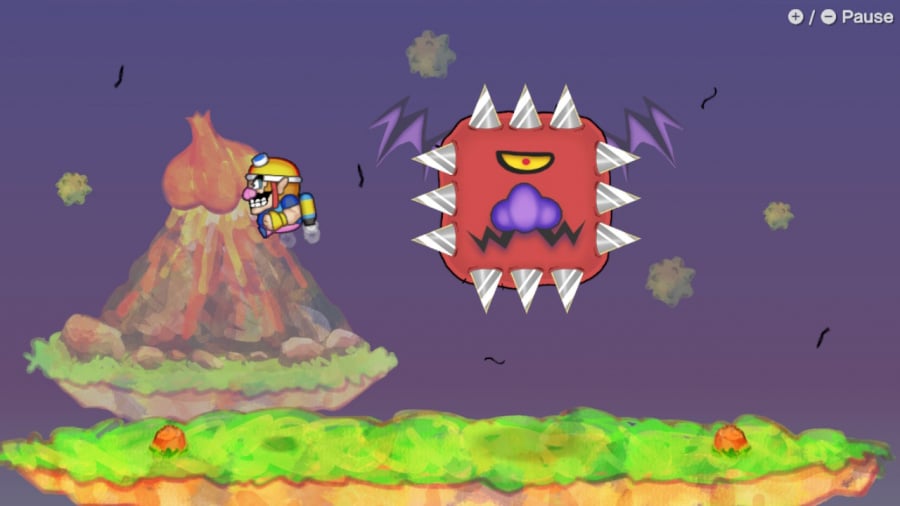 It’s a change that instantly adds layers to the established core gameplay of the franchise, but it’s also one that’s been introduced and balanced perfectly so as not to spoil the magical mayhem that makes this subversive series tick. Add to this the fact that co-operative play has now been sewn into the very fabric of the micro-games on offer here, and you’ve got a WarioWare that ups the ante in terms of the series’ signature screwiness and the number of ways you’ve got to engage with it.

Kicking off with the core story mode and Wario and the rest of his crew have been sucked inside his latest homemade video game console where they need to play through 200 madcap micro-games in order to squash the nasty bugs that have got them trapped in there. The campaign here is laid out on a map that leads to various worlds, each of which pertains to a different flavour of micro-game. You’ve got 9-Volt’s Nintendo Classics, Dribble and Spitz’s Fantasy-themed offerings and Jimmy-T’s sports games, for example, as well as plenty of remix modes and a boss battle for each and every area.

The story mode here is playable in either solo or two-player co-op and does a neat job of introducing you to each and every one of the game’s selectable characters and the various skills they bring to the table. Whether it’s Wario’s charging dash attack, Mona’s boomerang, 9-Volt’s yo-yo or Orbulon’s tractor beam, you’ll need to familiarise yourself with the movement and attack styles of each crew member in order to achieve the best results and keep going as the game’s tempo is upped. 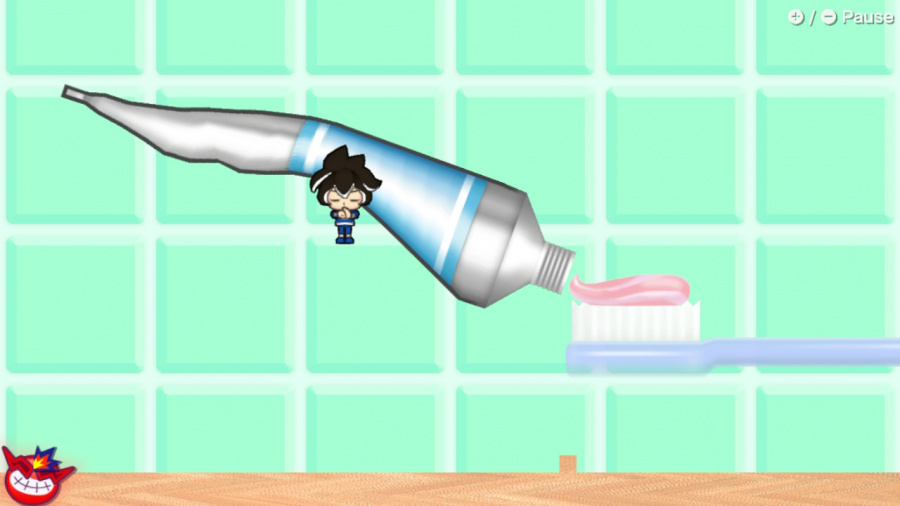 Luckily, as much as there’s a surprising amount of variety in how each character goes about their business, the clever decision has been made to keep the controls ultra-simplified, meaning you only ever have to worry about moving with the left stick (unless you’re 18-Volt, who can’t move at all!) and attacking with the ‘A’ button. Yes, there’s no motion control specific stuff to deal with, no touchscreen implementation or shaking your console around to shave someone’s stubble, but we reckon the depth that’s added via the variety of character moves more than makes up for the loss of these elements here.

It also adds a delightful layer of confusion and tension as microgames kick off — especially if you’ve chosen to randomise which characters the game selects, rather than pick your own bespoke squad — as there’s always that split second where you need to consider the aim of whatever challenge has just been thrown at you whilst simultaneously trying to remember how your current character moves and attacks. In single player it’s hectic; in co-op it’s utter bedlam. Trying to co-ordinate success with a friend here while you both struggle with the quirks of your current crew member makes for constant, hilarious carnage, and it’s carnage that’s just so wonderfully accessible thanks to those super simple controls (this writer’s seven-year-old was blazing a trail through the story mode within minutes of picking up a Joy-Con). 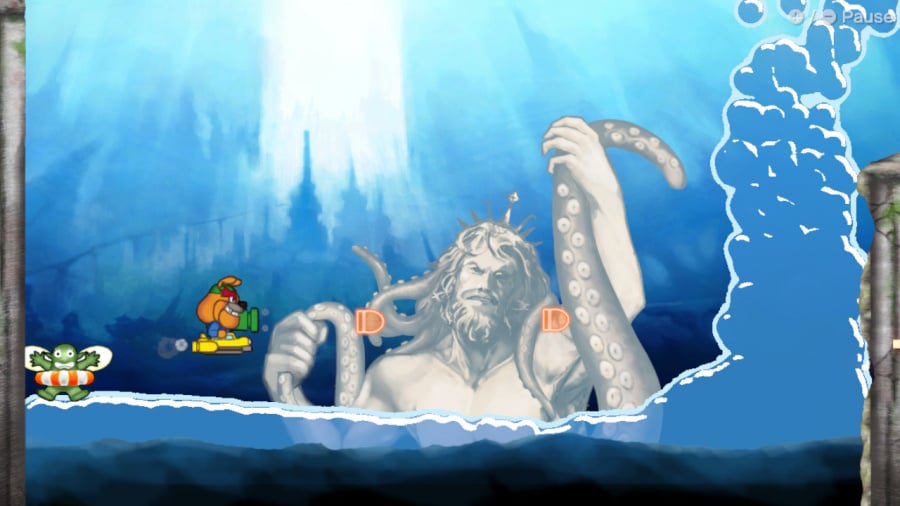 Any worries we had about how different characters would be at a disadvantage in various microgames were also immediately extinguished as the game adapts stages on the fly depending on who you’ve chosen to play as. Take 18-Volt, for example: he can’t move around but he can shoot, so any level he plays that requires locomotion is kitted out with gold rings that he can shoot and hook onto in order to make his way to the finish line. It’s super clever stuff that makes every crew member a viable option — although some are definitely more useful than others in certain scenarios.

You can also jump into the game’s Break Room area in order to select a character and practice their moves to your heart’s content, and even pick any stage from the Play-O-Pedia mode, choose a crew member and get busy mastering every detail of how you go about attacking things.

If this was all that WarioWare: Get It Together! brought to the party, we’d have been more than happy with our lot, but there’s much more to feast on across the game’s other modes here, the tastiest morsels of which can be found in Variety Pack, a selection of longer form games for up to four players that make for much delightful multiplayer madness. There’s some quite straightforward stuff here, Gotta Bounce, for example, sees you and your pals keep a ball in the air for as long as possible, while High Five is basically WarioWare’s take on volleyball. However, there’s a handful of really unique efforts, too, such as Daily Grind, a side-scrolling platform affair that sees up to four people co-operate in order to make it through levels, collecting contracts, taking out rivals and constantly switching up characters as they make their way to Wario’s offices. 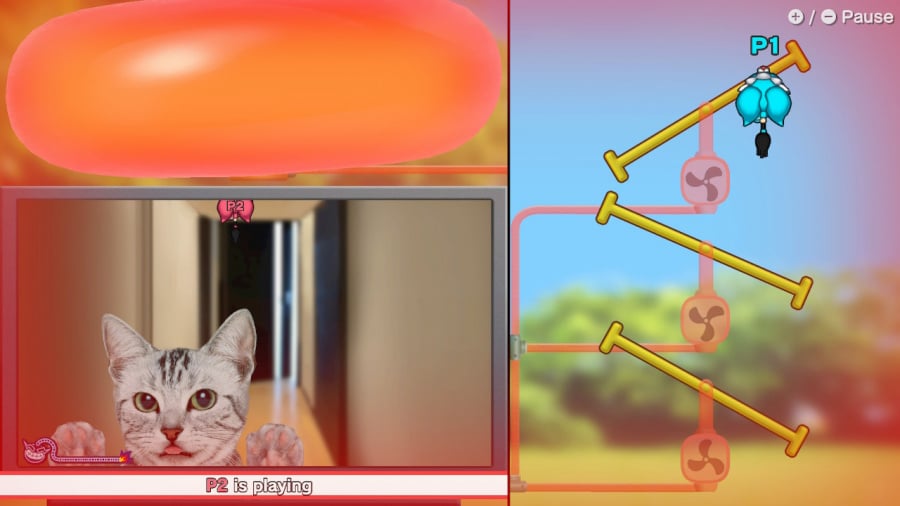 There’s also Rising Star, which sees two players judged on their performance in a random microgame, earning a gold star for contributing most to victory or having one whipped away for a poor showing, with the first to five stars emerging victorious. Then there’s our own personal favourite so far, Puck’er-Up, where between two and four players indulge in a madcap game of table hockey, with the player who manages to score first tasked with partaking in a microgame inside a tiny screen while the other players attack said screen in order to hinder their pal’s chances of success. It’s hilarious stuff that really leans into the multiplayer aspect of proceedings and makes for some hugely entertaining fun with friends.

The game’s only online offering, Wario Cup, does seem like a bit of a missed opportunity though, we have to say. We’d love to have been able to jump into all the microgames here with friends and random players across the world at any time but, alas, this is a weekly challenge/online leaderboards type affair only. However, while it may not be exactly what we wanted, it does at least offer up some pretty entertaining shenanigans that see microgame rules and mechanics subverted as you attempt to rack up a qualifying score, get on the leaderboards, and win a prize for your efforts.

Those prizes, by the way, come in the form of trinkets — which can also be purchased using coins in the game’s Emporium — that are used in order to upgrade your crew member’s job titles. Everyone starts out as a free spirit here but can be levelled up through various stages by gifting them trinkets in order to unlock bonus customisation options (new colour palettes) and gallery artwork. In terms of collectibles, it’s all pretty basic stuff but, for those who dig it, there’s plenty to get your mitts on here and it’ll take you a good long while to unlock each colour palette option and piece of artwork for every character. 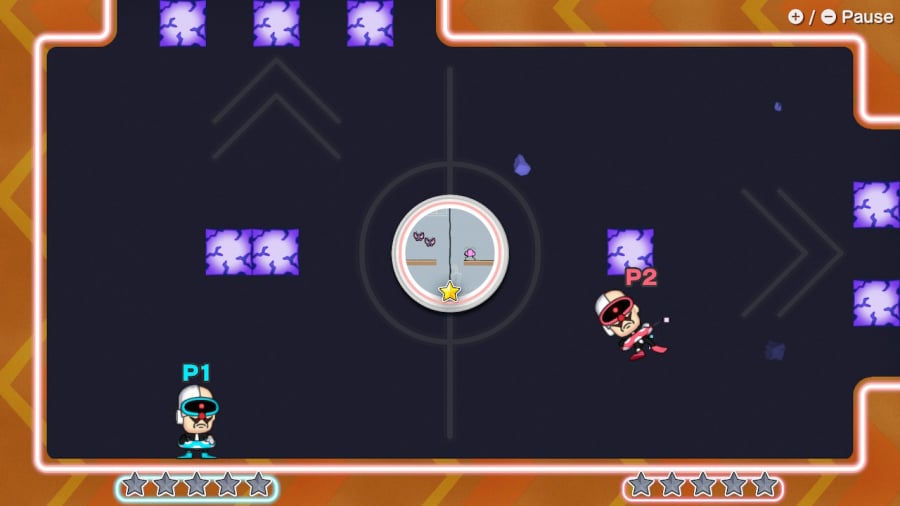 With returning Missions rounding out the package — here expanded to challenge the full roster of characters to perform all manner of specific (and tricky) feats within microgames — there’s a ton to get stuck into completing in WarioWare: Get It Together! Whether you’re coming to this solo or plan on playing through with a bunch of friends, what Nintendo has added to the core mechanics results in our favourite entry in the franchise to date, one that retains the madcap mayhem the series is known for whilst bringing new levels of depth and choice in how you get together to play through it’s superb selection of microgames.

The game performs perfectly in both docked and handheld modes, and with only a slightly disappointing online offering — and a curious lack of voice-acting for Wario himself in cutscenes — to complain about, WarioWare: Get It Together! is a triumphant debut for the series on Switch.

WarioWare: Get It Together! is a triumphant Switch debut for the subversive series that makes some daring changes to core gameplay, resulting in the best entry in the franchise to date. With a generous roster of playable characters, lots of solo and multiplayer modes to dig into, and stages that cleverly adapt to your choices on the fly, this is a superb compilation of hilarious microgames that delivers more ways to play than ever before. You’ll laugh, you’ll cry, you’ll dodge bird droppings on a skateboard. So grab a few friends or family members, break out the controllers, and gather round the TV — WarioWare: Get It Together! is essential stuff.