Ever since the Chromebook Duet landed, I’ve been waiting for Lenovo to improve upon this inexpensive Surface-style tablet with some beefier hardware. Today my waiting pays off: the company’s announced the Chromebook Duet 5, a sleek, OLED-screened convertible tablet rocking Chrome software. It’s one of many new machines the company is revealing today at the TechWorld showcase.

The Duet 5 improves upon the original in every category. First and most dramatically is the 13-inch OLED screen. Lenovo says that it’s the first detachable OLED Chromebook, and we don’t see any reason to argue with them. Like the original design, it comes with a fold-out keyboard and magnetically attaching kickstand in the box. Unlike the original, a stylus (also magnetic, natch) comes along for the ride. 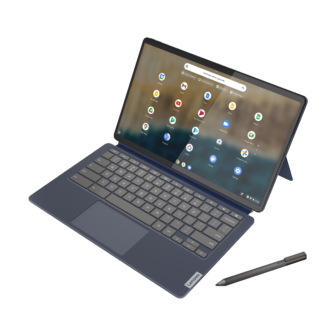 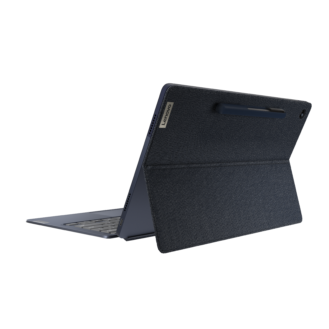 Underneath that gorgeous screen is a second-gen Snapdragon 7c processor, Qualcomm’s more expansive design for ARM-powered laptops and tablets. Lenovo’s claiming 15 hours of runtime on a single charge. RAM is 8GB and storage is an impressive 256GB, but an “up to” qualifier applies to both cases, so expect multiple models in either grey or blue. Around the edges you’ll find a USB-C charging port, headphone jack, and quad speakers. There are front and rear cameras, but don’t get too excited: they’re 5MP and 8MP, respectively. 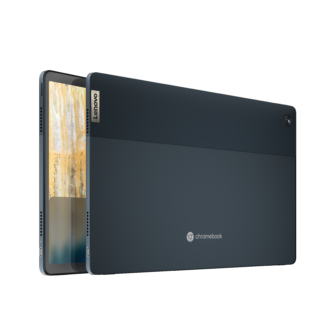 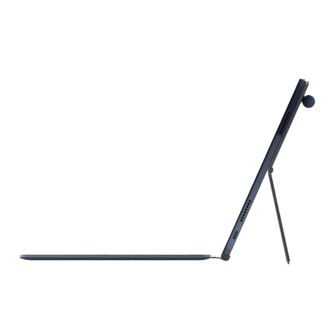 Like the original, the Chromebook Duet 5 is cheaper than you might expect. When it launches in October the base model will start at $429.99.

Previously leaked in the Google Play Console, the Tab P12 Pro is Lenovo’s latest stab at a high-end tablet running Android. As an alternative to Samsung — the only other manufacturer that seems interested in this market — it’s intriguing. You get a machine that looks similar to the Chromebook Duet 5 above, but clearly swinging for the iPad Pro category. Its 12.6-inch AMOLED screen, with a 16:10 aspect ratio and 2560 x 1600 resolution with a 120Hz refresh rate, is certainly a good start. The tablet runs on a Snapdragon 870 processor (a little older, but still punchy) with 8GB of RAM and Wi-Fi 6 for speedy downloads. 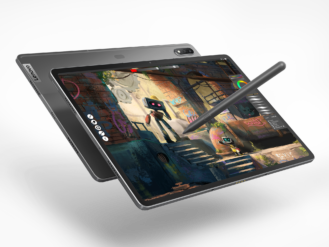 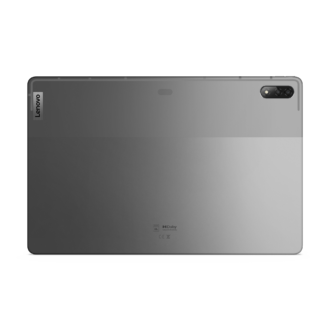 The P12 Pro features a fingerprint sensor on the power button, like the P11 Pro released earlier this year (and, to be fair, the iPad Air). Both the keyboard and the pen have been improved: a longer 1.3mm key travel on the former, a customizable function button on the latter. But they won’t come automatically: you can either buy the tablet alone or add on the keyboard, kickstand, and pen as a package. A 5G model will be made available. 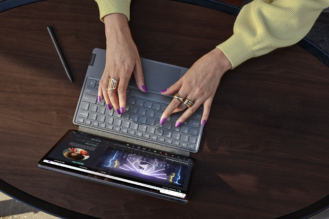 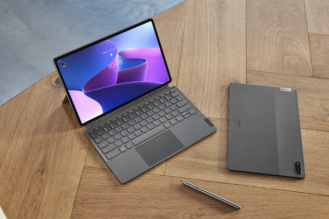 The Tab P12 Pro comes with some new software goodies intended to pair well with Lenovo’s Windows-powered laptops and desktops. Project Unity allows the tablet to act as a secondary wireless touch- and pen-enabled monitor. (Note the wireless function, one-upping the HDMI input of the Yoga Pad Pro.) And Unity will allow Android apps to run on the Windows machine, side-by-side with Windows applications. Lenovo is planning “more device connectivity, management, and data storage features” to add to Unity at some point in the future. 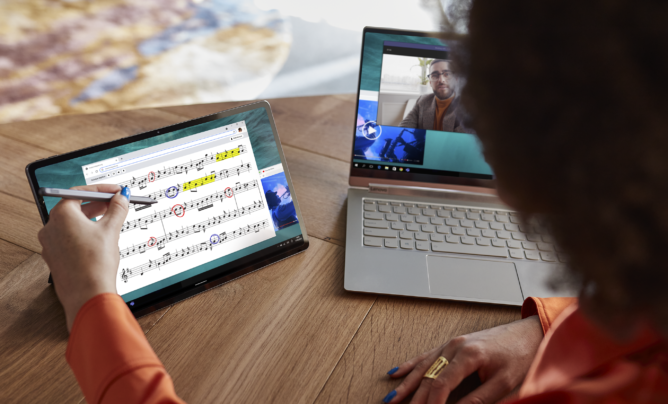 All that hardware and software won’t come cheap. When it launches in October, the tablet-only package will start at $609.99. 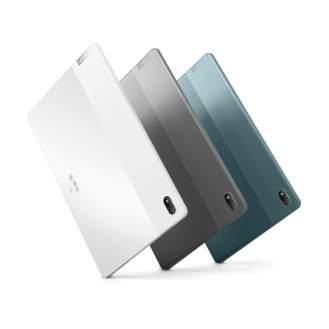 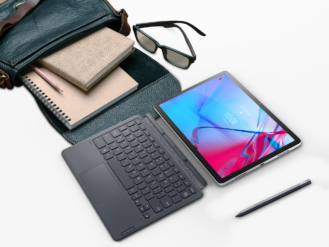 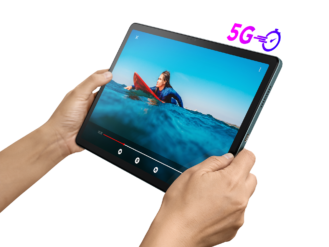 If you need a cheaper tablet that can carry its data connection with it, check out the slightly lower-specced Tab P11 5G. As the name implies, it’s a modified version of the Tab P11 from earlier this year with upgraded 5G connectivity. Its 11-inch 2K screen is on top of an as-yet-unnamed Snapdragon processor (the Wi-Fi model used a 662), with a maximum of 8GB of RAM and 256GB of storage. There are optional keyboard and stylus add-ons, but you won’t get the tablet or the accessories in the United States. It’s launching in Europe, the Middle East, and Africa starting at 499 Euro in October. 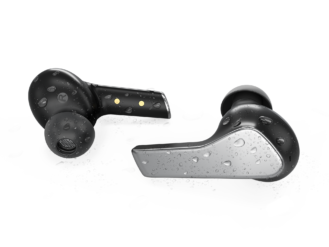 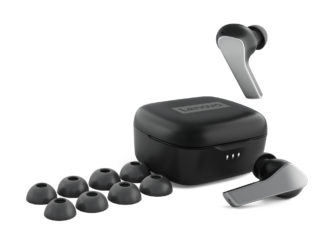 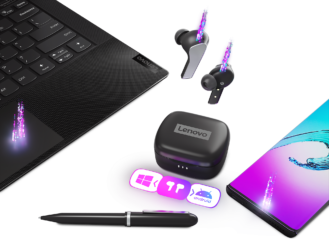 Think there are too many true wireless earbuds on the market? Lenovo thinks you’re wrong. This set features Airpod-style hanging buds, seven hours of charge (28 with the included charging case), and a choice of white or black. They tick a few boxes for modern earbuds, with multi-device pairing, ANC, IPX4 water resistance, and Google Assistant support out of the box. They’ll cost a reasonable $99 when they release sometime in the third quarter of this year.