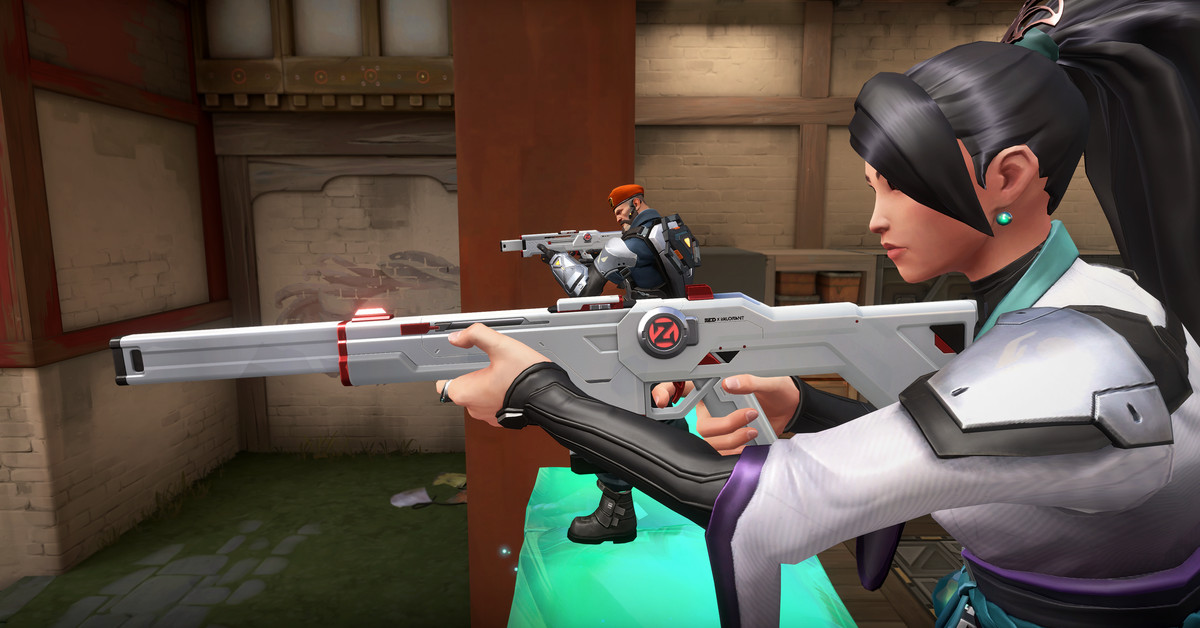 Riot has announced the latest line of weapon skins for Valorant, but the developer had some help this time around. For this batch, Riot collaborated with EDM artist Zedd to make a line up of musically infused weapon varieties.

The skin line will be called Spectrum, and Riot debuted the first look at each of the guns on Tuesday. The bundle includes skins for the Phantom, Guardian, Bulldog and Classic weapons, as well as for the knife melee weapon. Each skin has three variant colors (purple, red, and black) and a few upgrades, which players can unlock with Radianite Points.

The skins’ base variety is a sleek white with bright LEDs on the side, which change colors as you move, like the lights in a club. Spectrum skins also have unique animations for kills, a variety of unique firing sounds, and their round-finisher upgrade turns the map into a giant dance party.

This latest skin line isn’t the first time that Riot has collaborated with Zedd either. Back in 2016, the artist did the theme song for that year’s League of Legends World Championship — a track that remains a favorite of League fans today. While Riot has made plenty of exciting skins in the past, Spectrum seems to have some of the most complicated cosmetics the developer has ever made for Valorant. They’re definitely the most in-depth since last year’s Elderflame skins.

The Spectrum skin line is set to arrive in the Valorant in-game store on Wednesday, a day before the game’s new map, Fracture, will be released. The bundle, which includes all the skins, two gun buddies, a player card, and a spray, will cost a whopping 10,700 Valorant Points. For some perspective there, 11,000 Valorant Points costs $99.99.