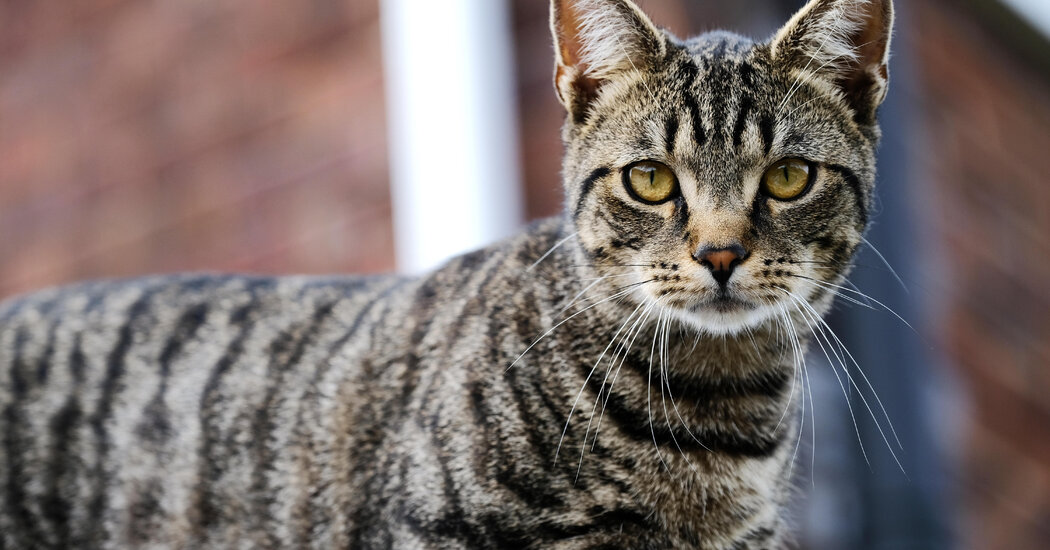 The paper describes what is called a reaction diffusion process in which two chemicals, one that stimulates gene activity and one that inhibits it, can result in regular, alternating patterns. Researchers who study the development of coat patterns have thought that this process could produce stripes in cat coats; Dr. Barsh said the team’s research had confirmed this hypothesis.

Further, he said, the study shows for the first time that the gene Dkk4 and the protein it produces are central to the process. Dkk4 is the inhibitor in the process.

The research depended on a collaboration with programs that trap feral cats, spay or castrate them and release them in order to reduce overpopulation and improve the health of feral cats. Many female cats that are spayed in these programs are pregnant. The embryos, at too early a growth stage to be viable, are usually discarded. For this study, the researchers collected the embryonic tissue and brought it to the lab.

From more than 200 prenatal litters, Dr. McGowan looked for patterns in the tissue at the different stages of growth in the embryos. She found a pattern of what she described as thick and thin areas of tissue in the top layer of the embryonic skin, never before reported. The regions, she said, “mimic what’s going on in the adult cat pigmentation patterns.” The same patterns that will appear in an adult cat’s coat as stripes or blotches appear first in the embryo before there is any hair or even hair follicles.

The team then looked for genes that might be active at that period in early embryonic growth.

When Dr. Kaelin looked at the tissue that showed the thick and thin tissue pattern that was the precursor of stripes, he said, “the one molecule that stood out from the rest was this Dkk4.” The full name of the protein and the gene is Dickkopf 4: The name is German for “thick head,” a characteristic the gene produced in frogs.

There were different amounts of Dkk4 in the thick and the thin tissue areas. The Dkk4 protein was inhibiting the genes that produce other signaling molecules known as Wnt proteins, Dr. Barsh said. Even more telling, when there was a mutation in the Dkk4 gene, the stripes became thinner, to the point that a plain pattern called Ticked emerged.