Integrated batteries, integrated computers, integrated lights, eBike design is all about seamless combinations at the moment and Scott claims to have created “the new integration benchmark” with a 160mm travel eMTB called the Patron eRide that has been designed with a hidden shock.

Now, Scott is hoping to prove that the same technology will be just as impressive on a longer travel bike with a motor and battery. The Patron is designed to sit between the Genius eRide and the Ransom eRide as a long-travel trail bike but it also has a bigger battery than both so should be more suitable for longer rides too.

The Patron eRide uses similar technology to the Spark but in a totally different way. Rather than the shock being placed vertically in the seat tube, the shock now sits horizontally in the top tube. The linkage design has also changed from a single pivot with flex stays to a four-bar design on the Patron. The shock can be accessed by removing a plastic cover underneath the top tube.

The integrated Fox Nude shock is accessed via a removable panel.

Much like on the Spark before it, creating space is the name of the game here. The Patron has room for a large water bottle in the front triangle and it also means the motor can be mounted exactly how Scott’s engineers wanted – more on that later.

The final thing to note about the shock is that it can be locked out thanks to TwinLoc, which is controlled from the handlebar. Yes, with a motor control, dropper post, gears and brakes this creates a cockpit that looks like a bowl of carbonara but thankfully most of the cables are routed into the one-piece bar and stem and ushered directly to their respective components, which definitely helps to reduce the clutter.

Scott is using Bosch’s Performance CX motor that provides 85Nm torque and up to 340% assistance. The big difference here is that Scott has rotated the motor by 46° so it now protrudes into the front triangle with the frame supporting it from underneath. Scott claims that this improves the stiffness and protects the motor from impacts but it also helps with cooling too as the top part of the motor sits in the open air allowing heat to escape through the holes in the cover like a chimney.

To go alongside the motor is a 750Wh battery in all sizes that allows for up to 100km distance or 2000m of elevation on eco mode or half that if you select the Turbo mode. There’s also a removable Kiox 2″ display to keep you updated on all the key figures including speed, GPS and cadence.

The electronic integration continues thanks to the seatstay lights that are powered by the battery. A cable is already routed, and a plug already mounted on the handlebar for a
front light

Scott describes the 160mm travel Patron as “close to an enduro bike” and that is reflected in the geometry too. The bike has a 65° head tube angle, which means it is actually steeper than both of Scott’s other eMTBs depending on BB setting and spec. There’s a seat tube angle of around 77° on all sizes of the Patron and a reach of 473.6mm in a size large, which makes it comparable to the Ransom. Unlike Scott’s other eMTBs, there’s no geometry adjustment on the Patron 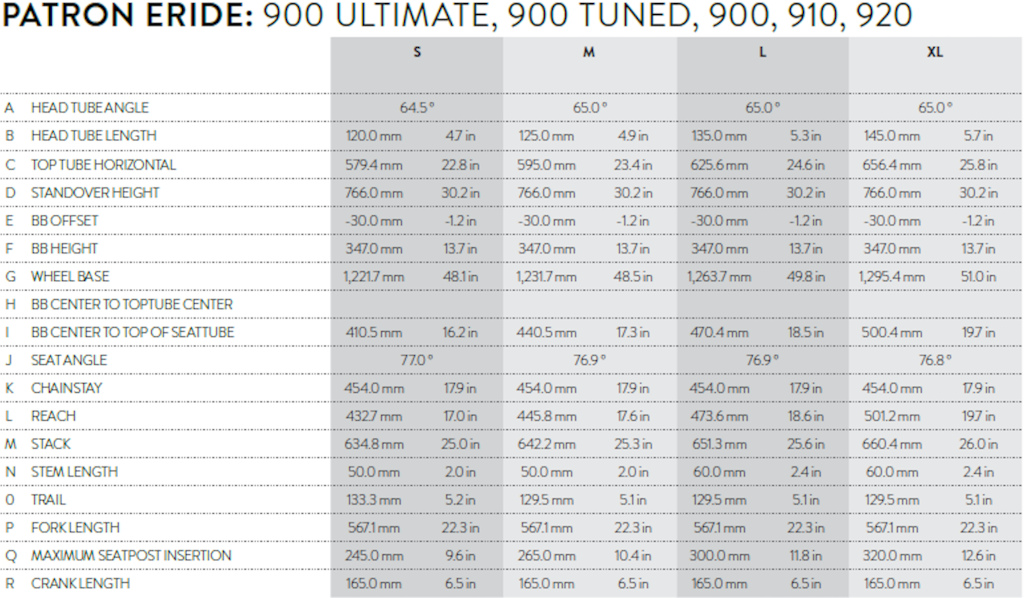