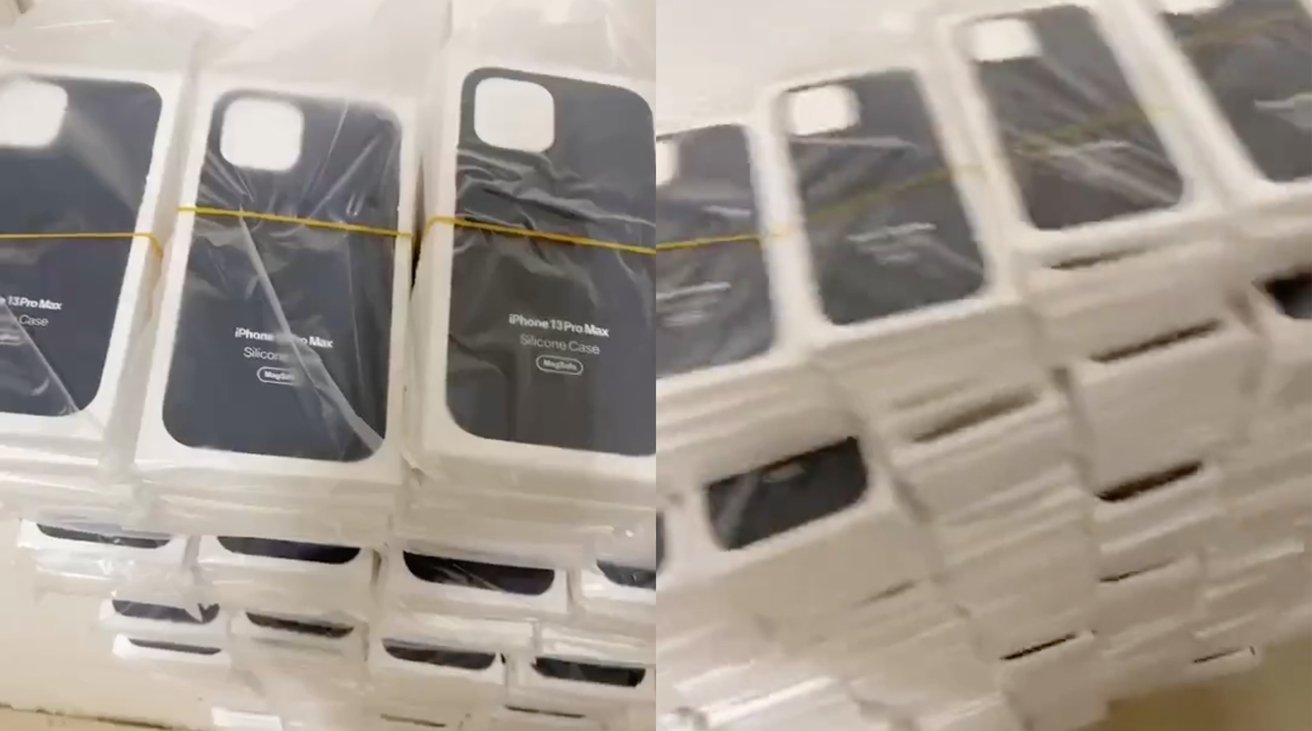 Posted to Twitter on August 30, the video published by @PinkDon1 starts by showing a collection of cases in white boxes, surrounded by elastic bands. Each are labeled “iPhone 13 Pro Max Silicone Case,” as well as a Magsafe label.

The video then pans to show more stacks of cases in packaging, indicating it was filmed at a manufacturing facility or distribution hub.

Days after the initial publication of the video, it has since been taken down from the account, with no further explanation offered. It had achieved just over 4,000 views on Twitter before being pulled.

The Twitter account has relatively few posts to it, at least compared to other leakers, and so doesn’t really have much of a track record for accuracy.

Supply chain checks from July indicated Apple will continue with the “iPhone 13” naming convention, as well as using its “mini,” “Pro,” and “Pro Max” suffixes. On August 26, a packaging leak also seemed to confirm the “iPhone 13” name would be used.