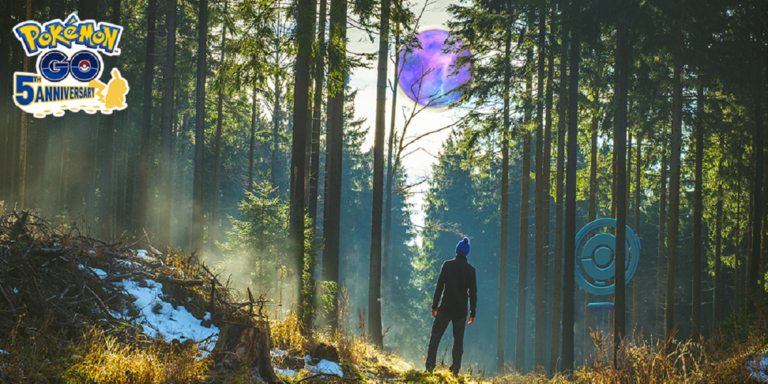 Hoopa, the first of three Mythical Pokémon native to the Kalos Region, will soon use its portals to teleport directly into the hands of Pokémon Go players. After months of playing tricks with its rings, players will be able to harness that power for themselves.

Similar to previous Special Research that has allowed players to capture Mythical Pokémon like Mew, Jirachi, and Meloetta, players must complete various pages of tasks to progress through the story. These tasks involve catching different types of Pokémon, taking snapshots, and more, though information regarding the tasks leading up to Hoopa’s encounter has yet to be revealed.

Each Mythical Pokémon encountered via Special Research has had a special capture background, such as Mew prompting the player to use the AR mode while disappearing periodically and Meloetta being caught on a stage. Hoopa will likely utilize its rings in some capacity when players encounter it, the same way it has been doing to bring various Legendary Pokémon and creatures from the Galar region into Pokémon Go. Niantic hasn’t yet confirmed this, however.

Players can look forward to finally meeting the Mischief Pokémon, Hoopa, up close and personal in Pokémon Go when the next phase of the Season of Mischief Special Research launches on Sept. 5. Catching Hoopa is not the end of this Special Research, however, meaning we may have some unexpected tricks waiting for us down the line.