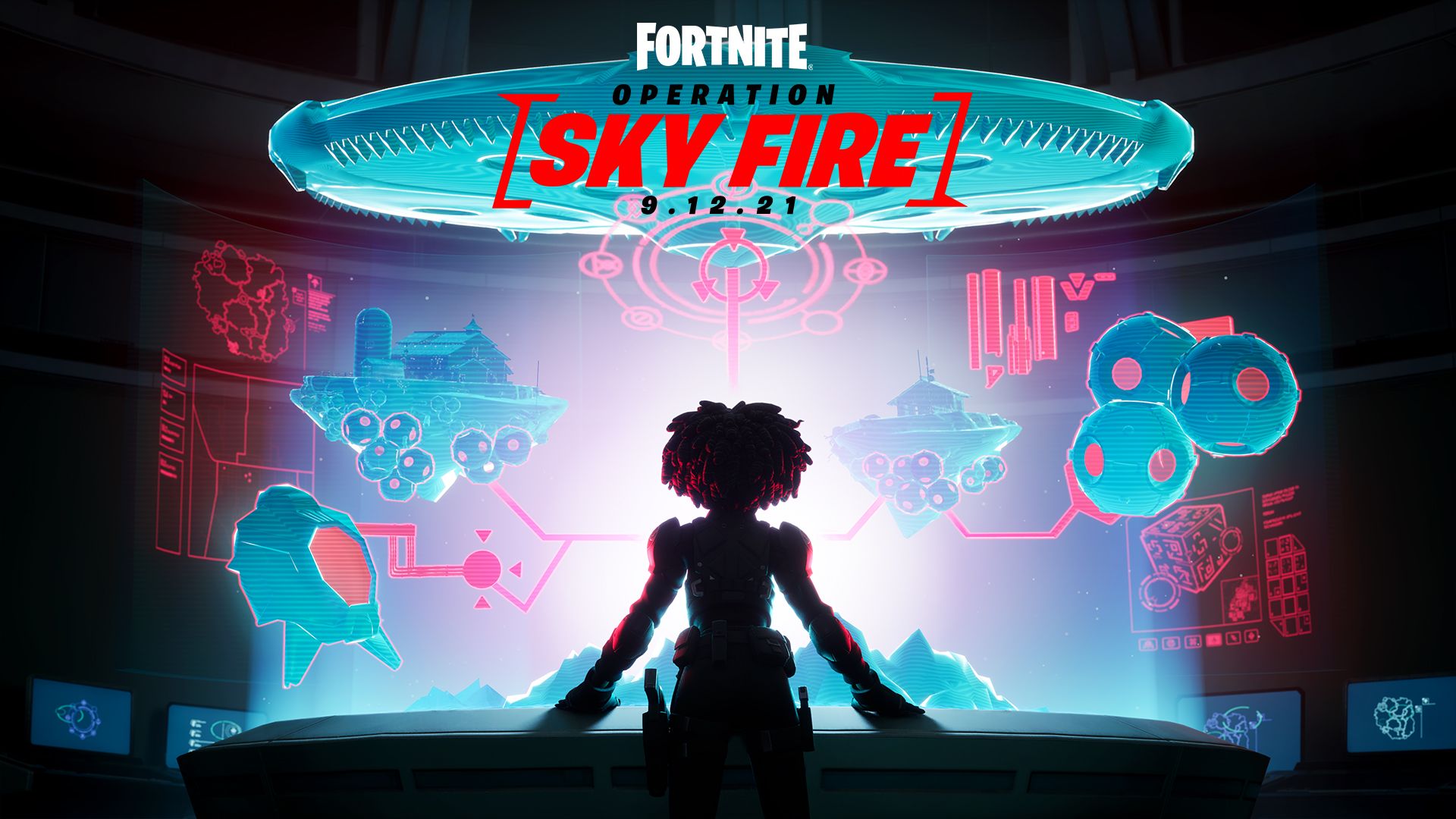 Fortnite Season 8 is rapidly approaching, and another exciting in-game event is on the cards.

With the regular content updates, abundance of unique new items and constant threat of Alien attack, Fortnite Chapter 2 Season 7 has gone by in a flash. Things have been building up towards a climactic finale, and we now know that this will include an interactive live event.

Confirming recent leaks, Epic has officially announced Operation: Sky Fire. “With the Mothership’s sights set on the Imagined Order’s secret base at Corny Complex, Slone has hatched a plan to end the Invasion once and for all”.

The event is set to take place on September 12 at 8PM UTC. A countdown is expected to appear in-game shortly.

As always, it’s recommended that you log in nice and early to avoid missing out. The Operation: Sky Fire playlist will go live 30 minutes prior to start time, but it’s probably worth loading up Fortnite at least another 30 minutes before this.

What does it involve?

According to Epic’s description, players will “join a strike team and sneak aboard the Mothership to deliver IO’s final message to the invading Aliens”.

Dataminers have uncovered a few more details, though we won’t list them here to avoid giving away any spoilers. If you are interested, check out the video below by @iFireMonkey:

When will Season 8 start?

With September 12th having long been pegged as the last day of the season, it is likely that downtime will begin as soon as Operation: Sky Fire concludes. This would generally last around 10 – 12 hours and then the new season would begin.

Some people believe however, that Season 8 won’t be available until September 14. They predict that the event will culminate in a “Black Hole” style period of extended downtime, similar to the ending of Fortnite Chapter 1.

As the clock ticks down, there are a few tasks to complete before it’s too late. Epic has reminded players to cash in any unclaimed Battle Stars and Alien Artifacts before Season 7 finishes. Any leftovers will be automatically redeemed on your behalf starting with the lowest tier rewards.

Epic Quests and the Superman Quest chain will also disappear when Operation: Sky Fire kicks off. If you want to get your hands on any of those bonus styles or accessories, there’s not long left.