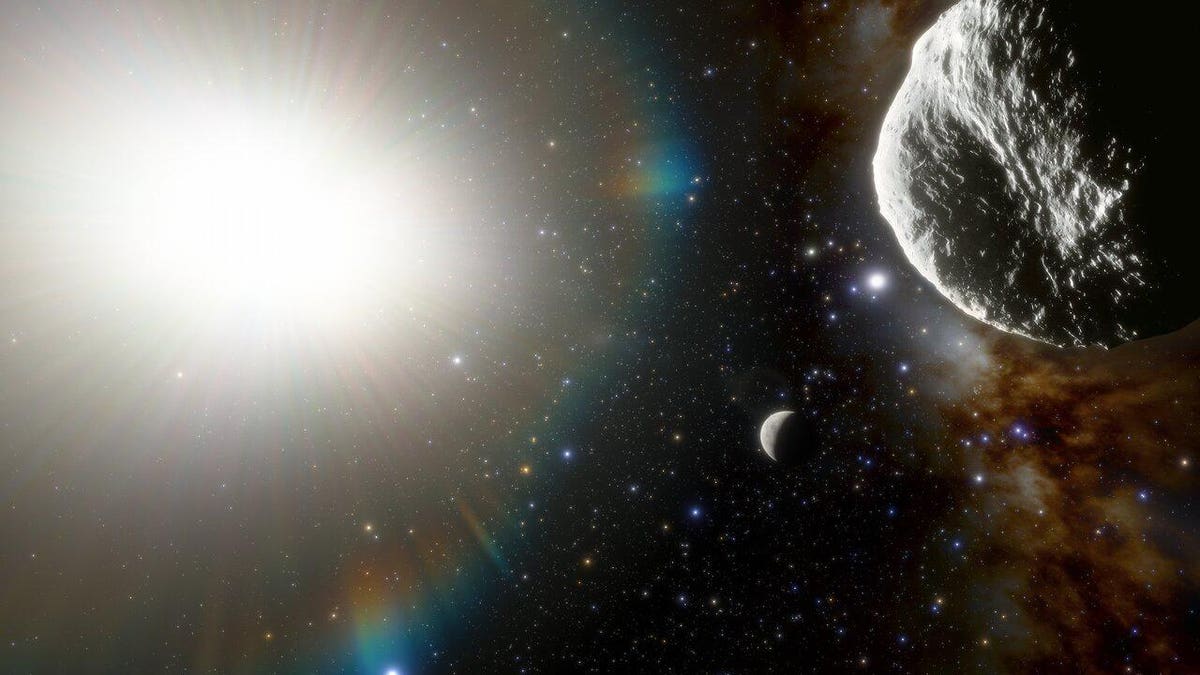 The Sun’s new nearest neighbor has been revealed.

Astronomers using a new telescope in Chile have found the fastest-orbiting asteroid so far—and it gets closer to the Sun than even the planet Mercury.

Although its orbit of the Sun is, at 113 days, longer than Mercury’s 88 days, asteroid 2021 PH27 has an elliptical and highly inclined orbit that crosses the orbits of both Venus and Mercury.

2021 PH27 is about a kilometer in diameter and gets to within 12 miilion miles/20 million kilometers of the Sun where it reaches almost 900 degrees F/500 degrees C. That’s hot enough to melt lead.

2021 PH27 has actually just gone behind the Sun and won’t be visible again until early in 2022. More observations are planned for then to determine its precise orbit, which will allow it to be officially named.

The discovery of 2021 PH27 is significant because it will help astronomers figure out what asteroids could one day impact Earth.

“Understanding the population of asteroids interior to Earth’s orbit is important to complete the census of asteroids near Earth, including some of the most likely Earth impactors that may approach Earth during daylight and that cannot easily be discovered in most surveys that are observing at night, away from the Sun,” said Scott S. Sheppard of the Carnegie Institution of Science.

Where 2021 PH27 originally came from is a mystery, but there are theories.  “Most likely 2021 PH27 was dislodged from the Main Asteroid Belt between Jupiter and Mars and the gravity of the inner planets shaped its orbit into its current configuration,” said Sheppard.

“Although, based on its large angle of inclination of 32 degrees, it is possible that 2021 PH27 is an extinct comet from the outer Solar System that ventured too close to one of the planets as the path of its voyage brought it into proximity with the inner Solar System,” said Sheppard.

So what does the future hold for 2021 PH27 ? It’s unclear, but astronomers suspect that it will likely be destroyed in a collision with either Mercury, Venus or the Sun—but possibly not for millions of years.