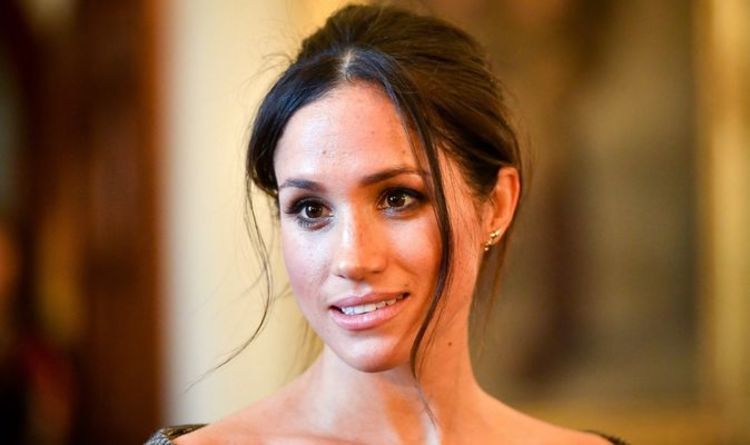 Meghan Markle, 40, left her adopted dog Bogart with friends in Canada, allies of the Sussexes claim. The Duchess of Sussex was reported to have been devastated when she left her “baby” in Toronto to relocate with her second husband to California in 2017.

A source told The Sun: “Meghan adored that dog but the decision not to take him back was based on Bogart’s relationship with Harry.

“Bogart never took to Harry when they spent time together in Canada.

“He didn’t like Harry. Meghan was very vocal about the fact it wouldn’t be fair to take him back full-time, given Bogart’s feelings for her husband.

“Of course, her staff in the UK who knew about her decision found her statement quite strange, but they accepted it at face value because Meghan knows her dogs.”

Prince Harry’s communication secretary Jason Knauf has previously confirmed Ms Markle’s dog was living “with friends” of the couple but failed to add any further information.

Bogart was Ms Markle’s first dog and she spoke fondly of the Labrador-German Shepherd cross in an interview with Reader’s Digest.

Markle said: “He’s my first dog ever. I didn’t grow up with dogs.

“I was in LA and I went to this dog rescue.

“So I saw him and I was sitting there with him and then Ellen DeGeneres and Portia de Rossi walk in.

“And so I brought him home. Because Ellen told me to.

“I started to see he loves the company of people, but just like I love the company of dogs, I don’t want to be around solely dogs all day so I realised he might like a companion.”

She is a patron of Mayhew in London which helps find cats and dogs new homes.

In the foreword to the charity’s annual report, Markle described herself as a “proud rescue dog owner” and discussed “the joy that adopting an animal into your home can bring”.