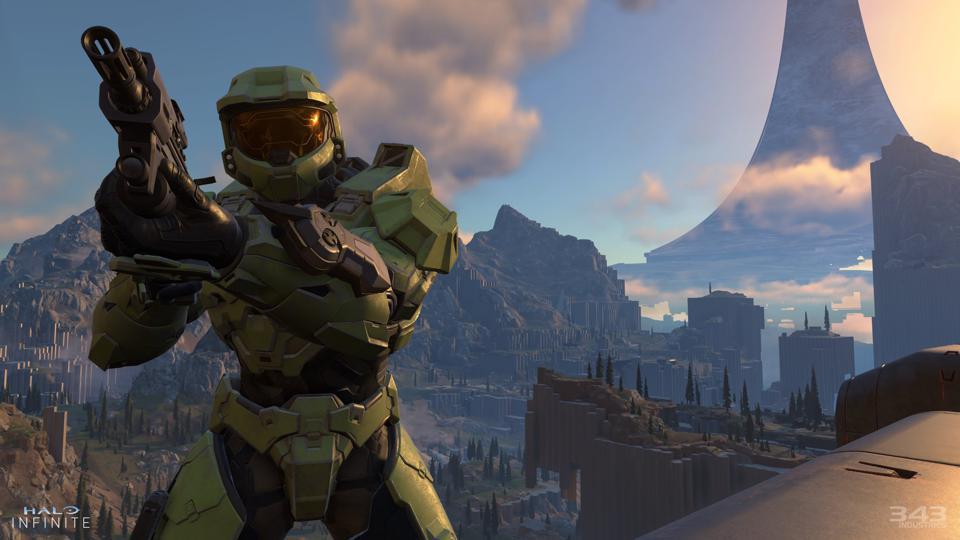 This week, 343 disappointed many Halo fans when they announced that Halo Infinite would be launching without both a co-op campaign and Forge mode, which will arrive 3 and 6 months later after launch respectively.

In the wake of that, a post popped up on reddit alleging to be from a 343 dev explaining in detail what was going on and why this was happening. It is entirely possible this is fan-fiction, written to feed recent fears, and I’ve been around long enough to see that kind of thing faked more than once.

Though it doesn’t read as particularly inflammatory, and true or not, it does kind of make a rather good point about what the potential problem is with a co-op campaign is this time around.

“To put it bluntly, nobody thought of how it’d work,” the alleged dev says.

The main problem here, and the difference between Infinite and past games, seems kind of obvious. That this is the first true “open world” Halo game while past installments have been a much more linear collection of levels.

Reportedly Halo’s campaign involves exploring the sprawling map zones and completing many objectives in whatever order you want, as opposed to having clear singular objectives and levels to move through. So, this is a design challenge the series hasn’t really faced before. While in theory, you could have a group of teammates that sticks together and tackles things one by one, you have to account for players wandering off or falling behind or any number of scenarios.

So, that leads to a number of problems and potential solutions, many of which are awkward:

I can’t read all these issues and not think of Destiny, a game that allows players to explore vast regions together, but they solve this with a combination of a few things. Namely, dead players can either be manually revived by surviving ones, or if not, will respawn nearby. And when transferring instances to new parts of the map, players are “pulled forward” with a teleport system.

And yet, it’s easy to see how Halo isn’t quite the same. Destiny patrol mode, for instance, doesn’t have “checkpoints” to worry about as its a live shared space across not just your team, but others in the zone, and checkpointed encounters are contained within a more linear level design, most of the time. It’s unknown exactly what form or size Halo Infinite’s campaign map is. Some Destiny zones are pretty big, yes, but if Halo has some sort of sprawling Just Cause style map with no loading in between areas, I can see how that would create problems with a “pull teammates into your instance” system as…it shouldn’t be separate instances in the first place.

In short, even if co-op is “essential” to Halo as a series, and even if this dev confession is fake, it does stand to reason that 343 is facing a unique challenge to the series they’ve never dealt with before, and I’m not surprised it’s hard to figure out a solution to. Again, it does not seem like Infinite will be delayed again to get this working, but I’m also not sure that three month window for co-op to arrive will be a guarantee either.