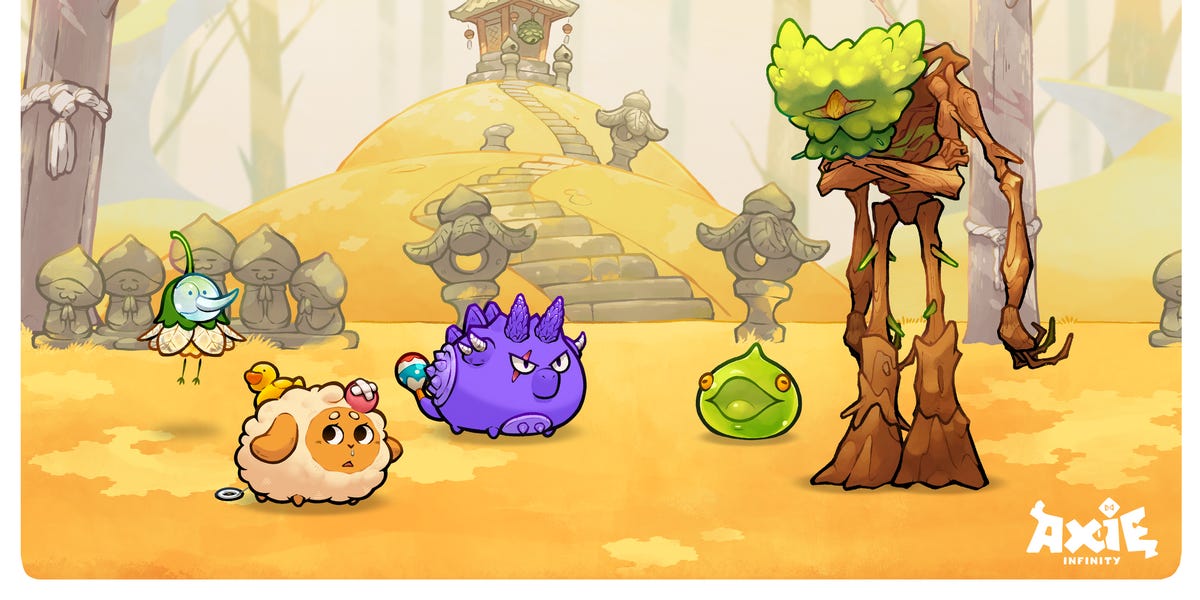 It was supposed to be a chance for the community to buy the tokens, but few were able to when the tokens sold out so quickly. YGG’s Discord server was flooded with complaints — people angry that the auction was over in an instant.

YGG called an emergency meeting at 1 a.m. and gathered team members virtually from all over the world.

“We were happy that it sold out,” cofounder Gabby Dizon told Insider. “We were kind of tired because people were attacking us.”

YGG posted a message apologizing, and, as the outrage died down, the team finally had a moment to celebrate their accomplishment.

The platform, launched in December, had already secured $4.6 million from a round led famed venture capital firm Andreessen Horowitz prior to the token sale, and the auction was proof they had a passionate community.

Dizon describes YGG as an “Uber for digital assets.” In the simplest terms, YGG loans out non-fungible tokens (NFTs), to community members (it calls them “scholars”) across the world. These assets allow scholars to participate in play-to-earn crypto games, like the massively popular Axie Infinity, where players enter NFT creatures into Pokémon-esque battles. They earn crypto tokens through playing that they can exchange for money.

During a year of lockdowns and mass layoffs, thousands in the Philippines played these games to earn a living. “A lot of people during the pandemic are being saved by these NFT games,” Dizon said.

However, as the popularity of such games skyrocketed, so did the cost of the NFTs required to play.

Dizon and his cofounders, Beryl Li and Owl, began loaning NFTs to people in their communities, who then gave a portion of their profits back to the YGG community.

It’s worked so far: YGG currently has 4,700 scholars worldwide, many from developing countries, and they hope to expand to 15,000 users by the end of the year. Udall has heard stories from scholars who have been able to move out of tenement buildings into houses or afford their medication. One of his favorite stories is a woman who was able to afford having her baby at a hospital instead of at home.

For Arianna Simpson, a general partner at Andreessen Horowitz, crypto games are a crucial piece of the “metaverse,” a trendy term for a shared virtual world.

As Mark Zuckerberg flirts with a Facebook-sponsored metaverse — complete with virtual boardrooms and Oculus headsets — many in the crypto world dream of a metaverse economy, where anyone with a computer and internet connection can log on and earn a living.

“You could be a player, a virtual blacksmith and an avatar creator, a fashion designer, a level designer, architect, supplying your skills in these different games and virtual worlds” Dizon said.

It’s a future Andreessen Horowitz is all in for.

“They’re creating incredible economic opportunities that just did not exist for people,” Simpson said. “What Gabby and YGG have enabled is basically people having new forms of work.”

As for the controversy around the token sale, the founders said most complaints have long-faded.

“I guess it was just kind of another day in crypto,” Leah Callon-Butler, head of YGG’s communications, said.