With roughly one week left before the Galaxy Watch 4 and Galaxy Watch 4 Classic start shipping to customers, Samsung is now rolling out the very first firmware update for its brand-new Wear OS-powered wearables.

The first of many Wear OS/One UI updates

Samsung fans who have pre-ordered the Galaxy Watch 4 or Galaxy Watch 4 Classic or plan on buying one of these wearables next week should be able to download the first firmware update through the Wearable app as soon as they sync the smartwatch with their smartphone. Yes, the two new smartwatches run a new version of Wear OS co-developed by Samsung and Google, but the updating process is virtually the same as before.

Unlike other Wear OS smartwatches, Samsung’s wearables include the proprietary One UI launcher, which helps them integrate more closely with the Galaxy ecosystem. The new smartwatches can even sync their watch faces with the Galaxy Z Flip 3 cover display.

We expect this to be one of many firmware updates for the Samsung Galaxy Watch 4 series, so stick around if you want to keep up to speed with future developments. 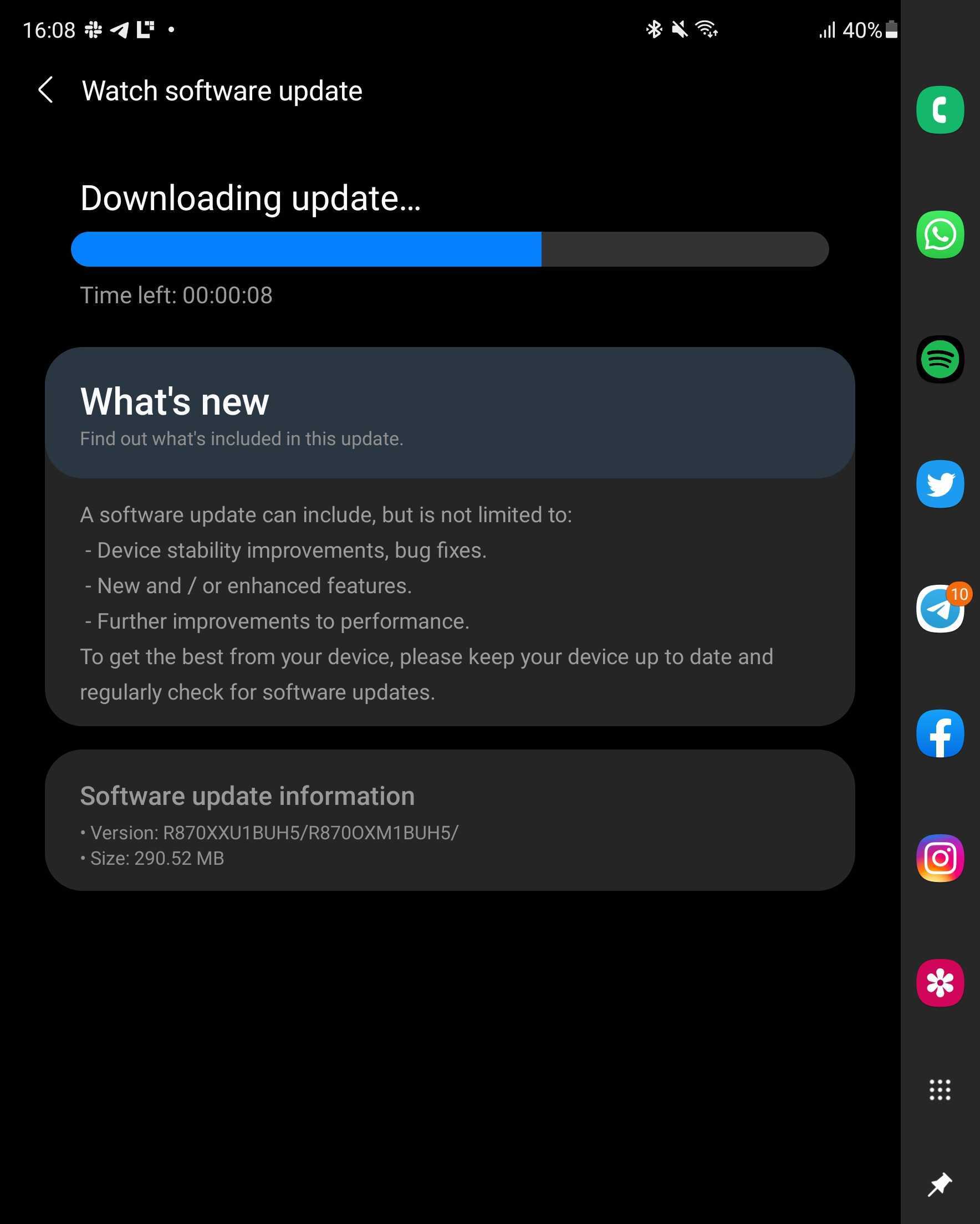