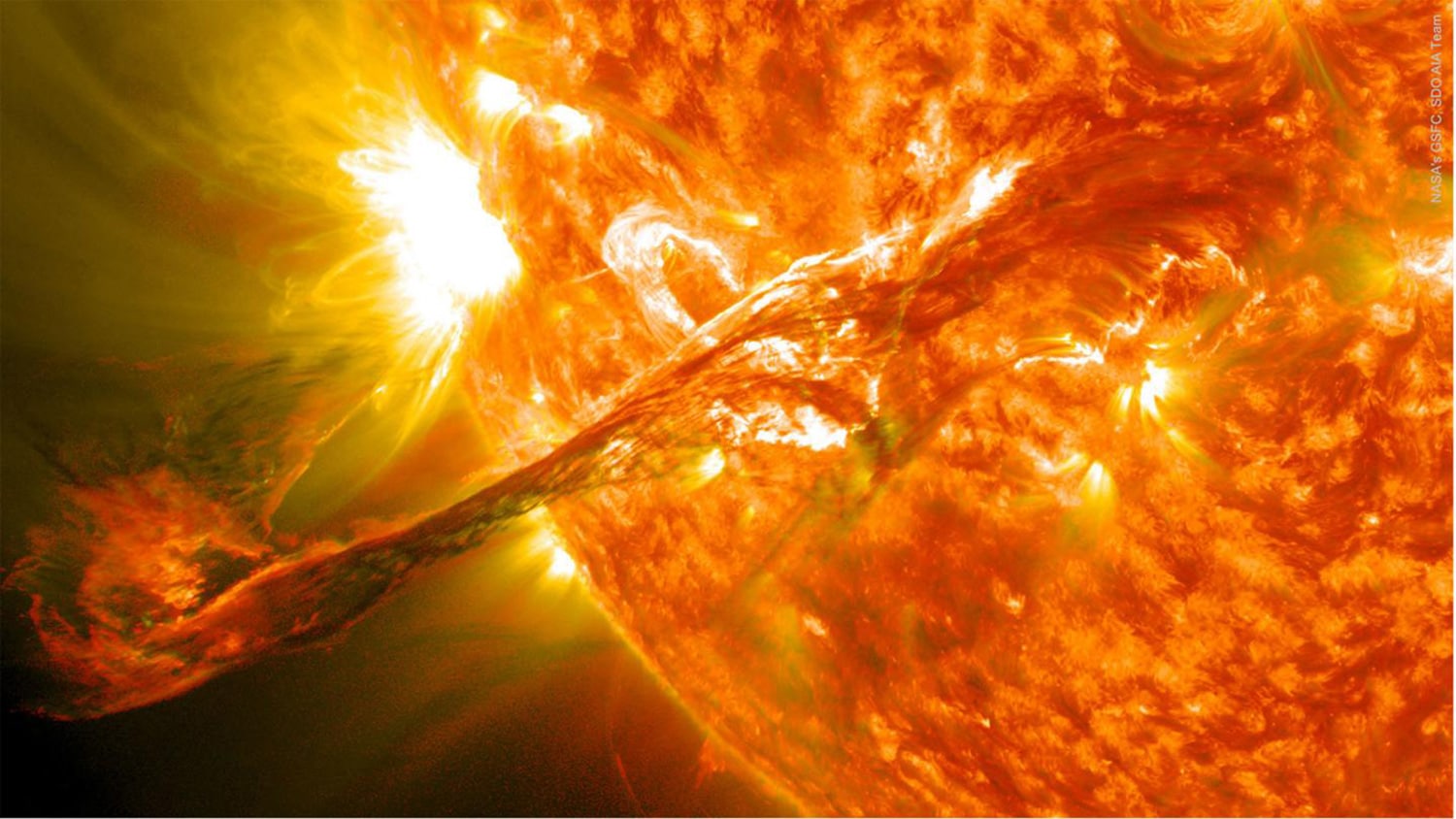 In 1998, scientists reported the detection of a mysterious signal while analyzing the polarization of sunlight. The only explanation that could be found implied that the solar chromosphere is practically unmagnetized, in contradiction with other evidence.

This mysterious linear polarization signal, produced by scattering processes, appears at the wavelength of a neutral sodium line (the so-called D1 line), where no such scattering polarization should be present.

This paradox led scientists to perform many laboratory experiments. But, instead of getting a solution, the paradox raised many issues. This opened a paradox that has challenged physicists for many years.

Scientists at the Istituto Ricerche Solari (IRSOL) in Locarno-Monti and the Instituto de Astrofísica de Canarias (IAC) in Tenerife, have discovered solution to this paradox. Their solution offers an excellent opportunity for scientists to explore the elusive magnetic fields of the solar chromosphere in the present new era of large-aperture solar telescopes.

For the study, scientists carried out advanced theoretical modeling of the solar D1 line polarization ever attempted. It also involved three years of work carried out through close cooperation between the Istituto Ricerche Solari (IRSOL) in Locarno-Monti (affiliated to USI Università Della Svizzera Italiana) and the POLMAG group of the Instituto de Astrofísica de Canarias (IAC) in Tenerife.

Scientists noted, “This result has significant consequences. Scattering polarization signals, like the one observed in the D1 line of sodium, are exciting because they encode unique information on the elusive magnetic fields present in the solar chromosphere.”

“This key interface layer of the solar atmosphere, located between the underlying cooler photosphere and the overlying million-degree corona, is at the core of several enduring problems in solar physics, including the understanding and prediction of the eruptive phenomena that may strongly impact our technology-dependent society. The magnetic field is the main driver of the spectacular dynamical activity of the solar chromosphere. However, our empirical knowledge of its intensity and geometry is still largely unsatisfactory.”