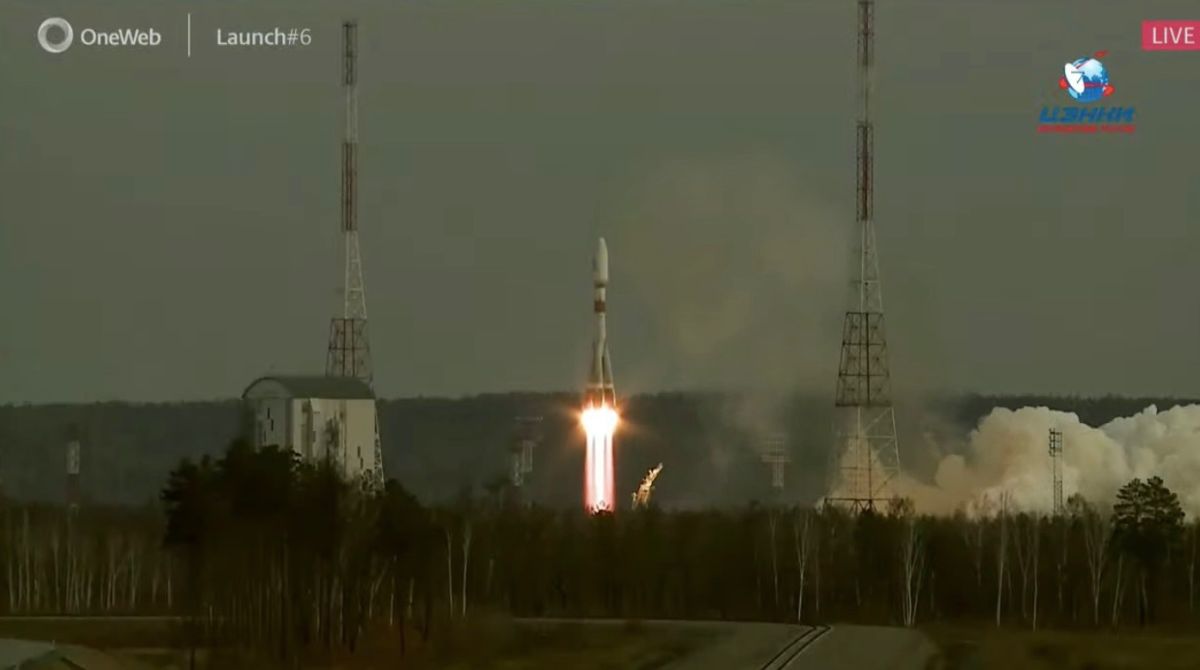 Arianespace will launch dozens of internet satellites for the communications company OneWeb tonight (Aug. 19) and you can watch the liftoff live online.

An Arianespace Soyuz rocket carrying the 34 satellites of OneWeb’s Launch 9 mission is scheduled to lift off from Baikonur Cosmodrome in Kazakhstan today at 6:23 p.m. EDT (2223 GMT; 3:23 a.m. Aug. 20 local time at Baikonur). You can watch the action live on this page, courtesy of Arianespace, or directly via the French company. The webcast should begin about 20 minutes before launch.

If everything goes according to plan, all 34 spacecraft — which together weigh 12,165 pounds (5,518 kilograms) — will have separated from the Soyuz by three hours and 45 minutes after liftoff. They’ll deploy initially into a near-polar orbit with an altitude of 280 miles (450 kilometers), then gradually raise themselves into their operational orbit, 746 miles (1,200 km) above Earth.

Today’s launch will bring the number of satellites in OneWeb’s constellation to 288, all of them lofted by Arianespace over the course of nine separate missions (hence the Launch 9 moniker). And the fleet will get considerably larger.

London-based OneWeb, which emerged from Chapter 11 bankruptcy in November 2020, aims to start providing commercial internet service by the end of this year. The first areas to be covered will be in the globe’s northern reaches — the United Kingdom and other parts of northern Europe, Canada, Alaska, Greenland, Iceland and the Arctic region, Arianespace representatives wrote in the mission description.

OneWeb is not the only company assembling a fleet of broadband spacecraft in low Earth orbit. For example, SpaceX has launched more than 1,700 of its Starlink satellites to date, and the company is currently beta-testing the broadband service they provide.

SpaceX could eventually launch tens of thousands of Starlink satellites. And Amazon intends to launch more than 3,000 of its own broadband spacecraft, though none of them have been launched into orbit yet.