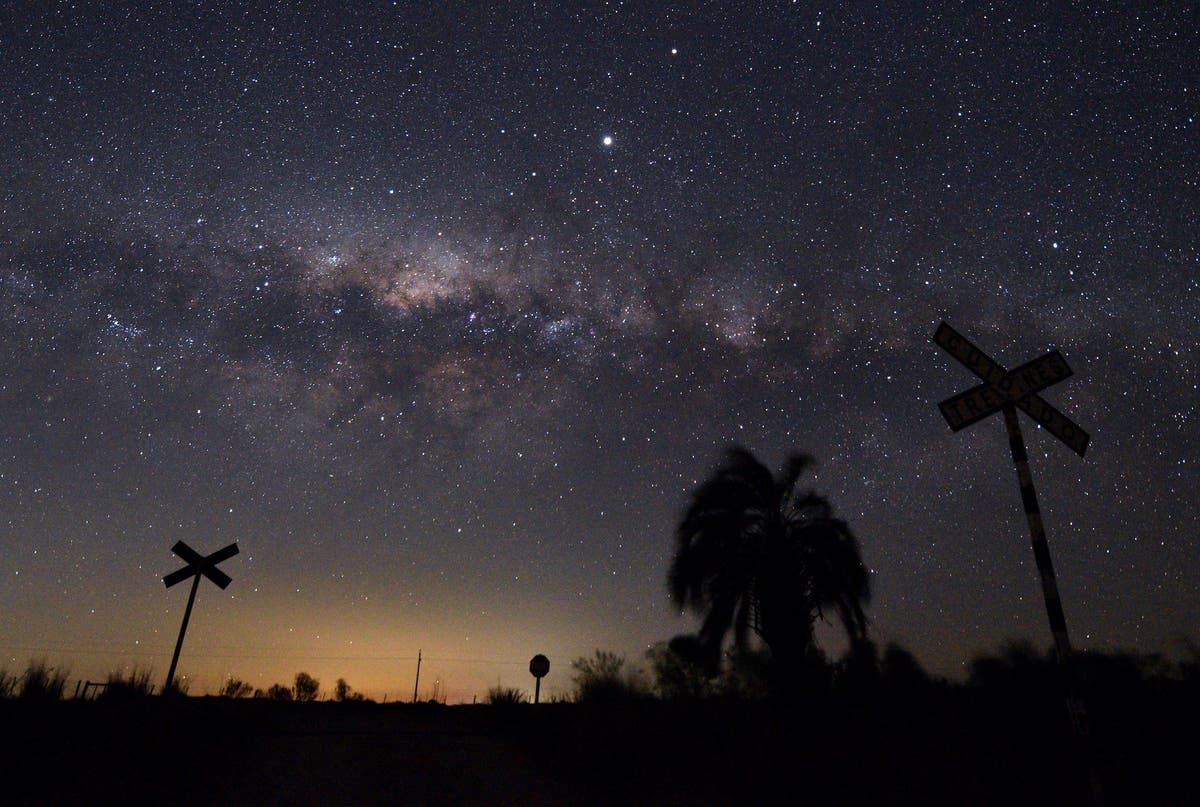 Jupiter has arrived in “opposition”, offering a chance to see the planet much brighter than normal.

The celestial sight lasts just a few days and appears less than once a year.

It is the result of an unusual arrangement between the Earth, the Sun and Jupiter itself, which places them in an alignment that allows the huge gas giant – the solar system’s biggest planet – to appear blazing in the night sky.

It’s a little like it sounds: the word describes the time when the Earth passes between the Sun and Jupiter, meaning that the two other objects are facing each that – opposite to each other – with the Earth in the middle.

If you were looking down from above, and drew a line between Jupiter and the Sun, the Earth would be sitting right in the middle of that line.

But if you are looking up from Earth, Jupiter will look unusually bright in the sky. That is because of the way the Sun’s light is hitting Jupiter, allowing it to shine in the night sky.

Opposition doesn’t last very long, just a few days. But during that time people will be able to see the planet much more brightly than usual.

How can I find Jupiter?

Probably the easiest way is with an app. There are a variety of options, such as Dark Sky, which allow you to point your phone up into the sky and have it guide you towards other planets, stars, or other objects.

But if you would rather go the traditional route, then you will need to look low on the horizon to find the planet. That also means that it will be important to have the horizon as clear as possible, without buildings or trees that might otherwise get in the way.

It will get a little higher in the sky after the sunset, so waiting around might make it easier to see.

What can you see?

Partly, it depends how you look. With the naked eye, you’ll see something like a glowing star, bright in the sky but not twinkling in the way that stars do.

Through a telescope, you might get a more exciting sight: Jupiter’s moons, some of which are as big as planets, as well as the rings of Saturn. They might only look like small dots of light, but that’s what they are.

If you are zoomed in especially closely with a very good telescope, you might even be able to see the detail of Jupiter itself, such as the clouds that swirl in its atmosphere.