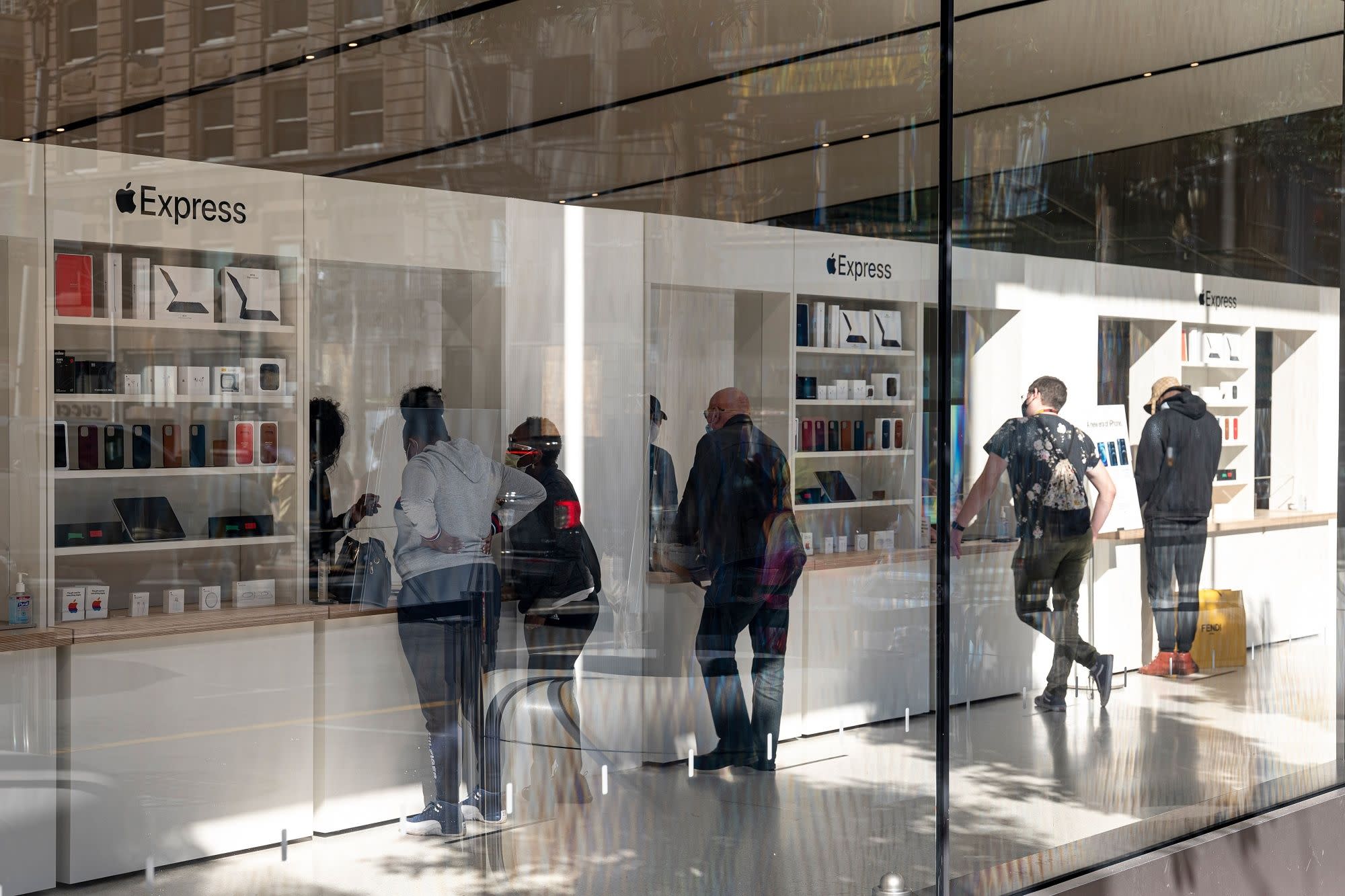 (Bloomberg) — Apple Inc., confronting the rapid spread of Covid-19’s delta variant, will increase testing of both corporate and retail employees and has reversed course on rebooting in-store classes in the U.S. this month.

This week, the iPhone maker informed staff participating in the company’s at-home testing program with Quest Diagnostics Inc. that they will now receive testing kits twice per week instead of weekly. The company told employees in the program that they are expected to get tested on Mondays and Thursdays.

“With the emergence of more contagious variants like delta, we believe that more frequent testing will better protect you and everyone at Apple,” the company said in a memo. “Beginning Aug. 16, Quest will be sending you two mail-in test kits per week instead of one.”

Read more about how Covid-19 has impacted Apple’s operations

The company is also planning to expand testing to three times per week for employees in some offices. Apple still isn’t requiring employees to do the tests or receive vaccinations, but the push could help the company eventually secure a full return to the office. Apple had aimed to have staff back in its offices by September, but it recently delayed that plan until October at the earliest. Still, some people inside Apple now expect to make a full return as late as February, matching other companies such as Lyft Inc.

Apple also informed staff that it is reversing course on its move to bring back in-person classes at its retail stores in some regions later this month. The company told staff in the U.S., Mexico, Brazil and Canada that it is pausing that plan, which was reported on by Bloomberg News Monday. The classes — called Today at Apple — are still rolling out in Europe and other regions, but that too could change.

“Due to local conditions, we will continue to pause in-store Today at Apple sessions,” Apple told staff. “We are excited to welcome customers back in store for Today at Apple when the time is right, and will share a new date for resuming sessions as soon as we can.”

The move is the second recent reversal for Apple’s retail operations. The Cupertino, California-based company had lifted its mask mandate in stores in June, but then reinstated the requirement in recent weeks due to surging cases.

(Updates with Apple declining to comment in fourth paragraph.)

Subscribe now to stay ahead with the most trusted business news source.