Facebook has been slow to implement end-to-end encryption for its messaging apps, but the baby steps continue to happen nevertheless. Today, it announced the introduction of opt-in E2EE for voice and video calls in Messenger.

E2E encryption is already available in Messenger for text as a separate mode called Secret Conversations and its sister chat app, WhatsApp, but it’s a much-needed step forward as it’s applied to voice and video feeds. As with Messenger text, the company says E2EE for video and voice calls will be opt-in. We have yet to obtain this update and, thus, see where the toggle is. 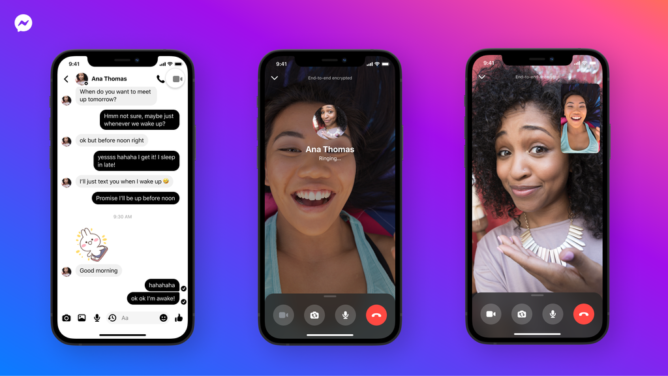 For those who need a refresher on E2E encryption: devices on each end of the conversation generate hash keys with which to scramble and then unscramble traffic with. As no one else has access to these hashes, no one in between — not even Facebook — will be able to see what’s going on in the chat. Users can view their own and their cohort’s keys by tapping into the thread’s settings. 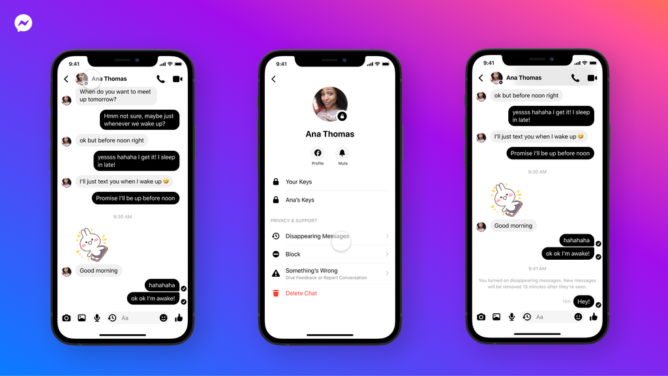 In addition to that, the Disappearing Messages feature in Secret Conversations is getting updated with new time settings that let users choose when every new message in a thread — that is, not just their own — goes away. Options range from 5 seconds to 24 hours with several intermediate points including 30 seconds, 10 minutes, 6 hours, and others.

This is separate from Vanish Mode for non-secret conversations, introduced last fall, which deletes every message after they’ve been seen only once.