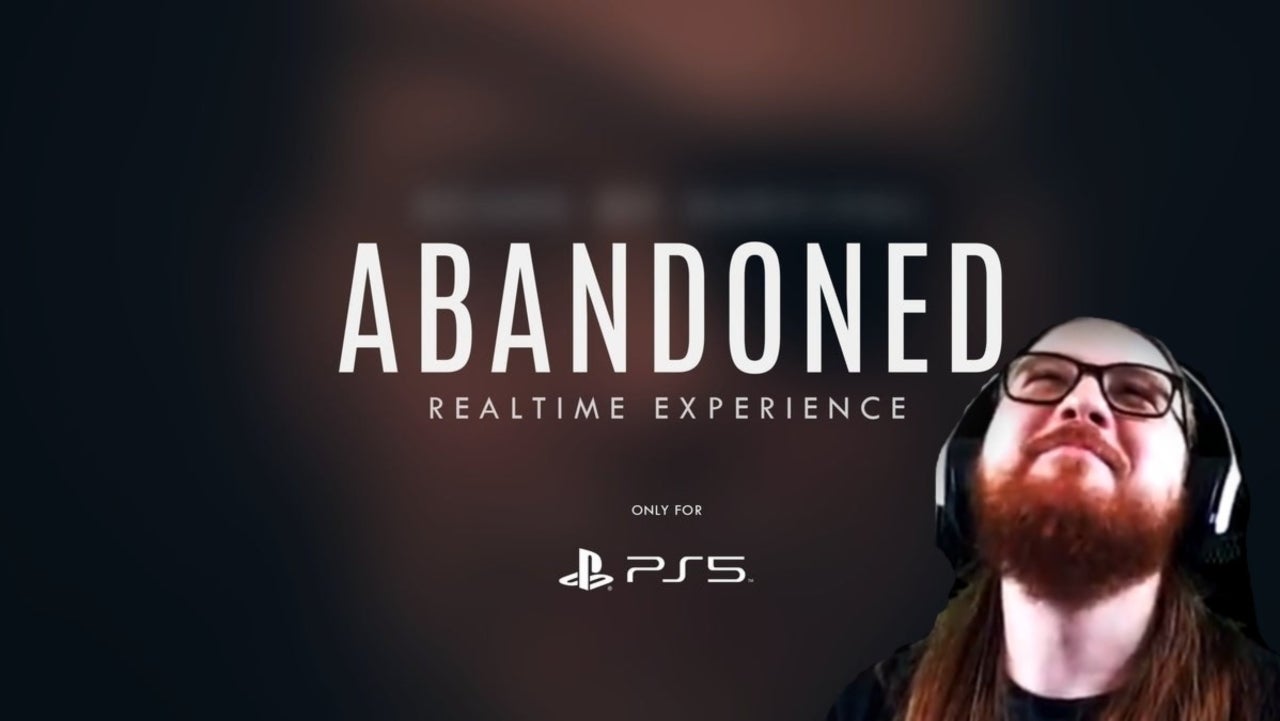 The release of the “Realtime Experience” app on PlayStation 5 for the upcoming horror game, Abandoned, was something that disappointed a number of fans around the globe. That being said, there’s a good chance that no one was more let down by the “teaser” than that of Twitch streamer Rex Sterling, who waited patiently for three days for the app to go live, only to be crushed by the final product.

Initially, developer Blue Box Game Studios told fans that its PS5 Realtime Experience app for Abandoned was going to go live at 3:00pm on Tuesday, August 10. However, once this time arrived, the studio revealed that it would have to delay the app indefinitely in order to fix a last-minute problem that had reared its head. Sterling was one Twitch streamer that had been planning to show his audience his own reaction to the Realtime Experience once it went live. And rather than canceling his intended stream for the day, Sterling decided to keep the show going until the app was finally released.

This poor dude was streaming for 74 consecutive hours #Abandoned pic.twitter.com/I7v0gOvuaS

This led to Sterling staying live on Twitch for over three days in total before Blue Box finally released the Abandoned Realtime Experience app. Upon reaching the finish line of this crazy saga, though, Sterling was crushed to see that Blue Box had essentially nothing to show of Abandoned outside of a simple five-second teaser. “What the f*** was that?” screamed Sterling in bewilderment after viewing the initial teaser. “That’s it? That’s it? What the f*** is this?” he went on to shout.

In all likelihood, many other PlayStation fans around the world surely shared Sterling’s sentiment upon watching the teaser for Abandoned. Still, the fact that Sterling spent three full days waiting for this definitely makes his own situation that much worse than many others. Despite the frustration, though, you can tell in the video that Sterling seemed to find the whole situation somewhat funny, as he had to keep from holding back a smile.

Were you someone who was looking forward to this Abandoned PS5 app for yourself? And if so, were you crushed in the same way that Sterling was? Let me know either down in the comments or over on Twitter at @MooreMan12.