For years, my primary gaming display has been the Asus VS228H-P, a 21.5-inch screen with a 1920 x 1080 resolution I’ve had since late 2015. Even though it’s old, I’ve had very few complaints with it. But when I picked up both a PlayStation 5 and Xbox Series X last year, I wondered if I wasn’t using them to their full abilities by not having a monitor that could take advantage of the 120fps and 4K resolution of which the consoles were capable.

For the past month and a half, I’ve been able to test Acer’s Nitro XV282K KV, the company’s new $900 gaming monitor, with two HDMI 2.1 ports, that supports 4K resolution and 120Hz refresh rates. During that time, I’ve been using it as my primary gaming screen to see if the high cost is worth investing in for higher-fidelity gaming. 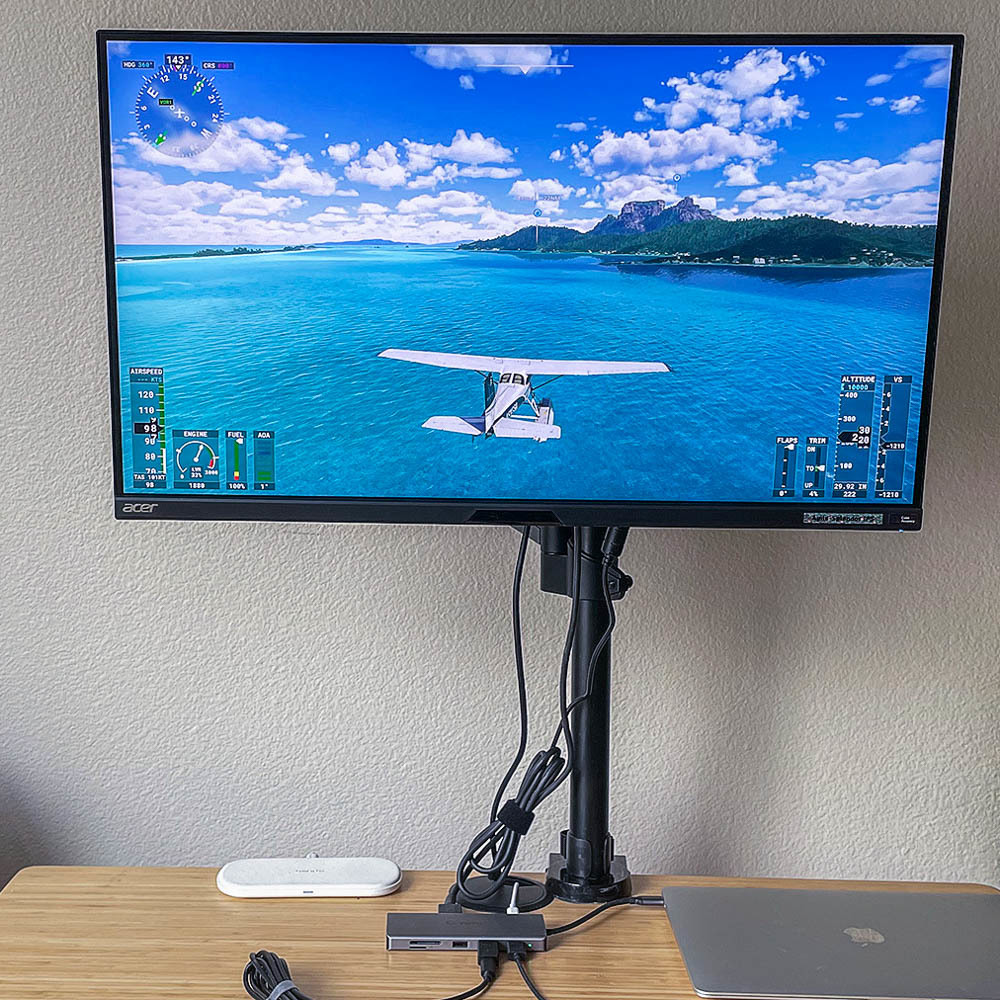 The monitor offers a lot of real estate with its 28-inch 3840 x 2160 resolution (aka 4K) LCD display. Acer says the monitor has a one millisecond response time, and while I didn’t test that specifically, I haven’t felt input lag with anything I’ve tried.

The Nitro has two HDMI 2.1 ports and a DisplayPort, so you can plug both next-gen consoles and your PC into the monitor if you want. It also has two built-in speakers, but they’re quite tinny. You’ll definitely want to pair the screen up with a set of external speakers or headphones of your own.

I’ll admit that I’m not the person to get really nitty-gritty on things like the colors and contrast ratio on this display. I suggest reading Rtings’ review for a detailed overview there.

But to me? Everything looked great.

Fortnite popped with color, particularly during Ariana Grande’s dazzling in-game concert, and felt silky smooth at 120fps. I like to think that I’ve been just a hair more responsive in-game because of the faster frame rate. Final Fantasy 7 Intergrade on the Nitro looks dramatically better than the PS4 version of the game did on my Asus monitor. Flying over Boca Raton in Microsoft Flight Simulator on the Xbox Series X made me feel like I was taking a mini tropical vacation from the comfort of my own home. More than anything else, I’ve been wowed by having an HDR-equipped screen, which makes everything much more vibrant than what I’m used to on my Asus.

After more than a month with the Nitro, I was sold on everything it had to offer. I felt like I would never be able to go back to how I had been playing games before, and I was already mentally preparing to put aside some cash for a big monitor upgrade.

But then I started playing some Nintendo Switch games again, and I remembered why I’ve never been one to care all that much about visual specs. I get more into a game due to its story and gameplay than anything else.

My wife and I have had a blast playing through The Great Ace Attorney Chronicles, which is a port of two games first released for the Nintendo 3DS. It looks fine, but definitely doesn’t match up to the level of detail offered by something like the PS5’s Ratchet & Clank: Rift Apart. I’ve gotten sucked into Fire Emblem: Three Houses playing entirely in portable mode, which seems to largely play at 30fps. The other night, I won a round of Fortnite on Switch on the Nitro, and even though it looks much worse than it does on next-gen consoles and also chugs along at 30fps, I had just as much fun as I always do.

My time switching between with Switch games and ultra-high fidelity PS5 and Xbox Series X games on the Nitro reiterated something that I’ve always believed: graphics and whiz-bang technical specs can be impressive, and they can add a lot to a game, but for me the quality of the game is what matters most. If the game is fun, I don’t care very much how it looks.

So, to answer my original question, is it worth paying $900 for Acer’s Nitro XV28 monitor to take advantage of next-gen gaming? If you have money to spend, I think so — you’ll probably be quite happy with the monitor. (Though you might have to wait a bit to buy it. The Nitro appears to be sold out as of this writing, but Acer says Amazon and Best Buy will get more stock in September.)

But for most, I’d recommend waiting until HDMI 2.1-equipped monitors are more affordable to buy, or putting aside more cash to spring for a really nice TV. Your next-gen games will look great on the Nitro, but the high cost might not be worth it.