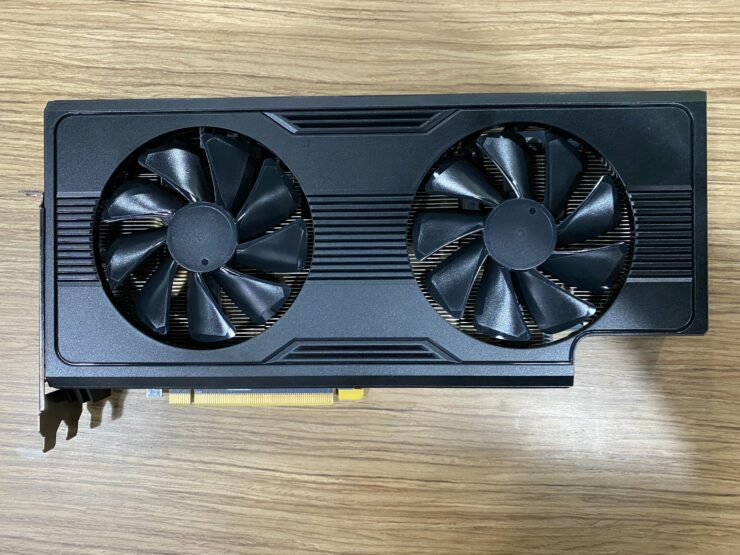 Sapphire has released a new mining graphics card that features two Radeon RX 570 GPUs based on the AMD Polaris architecture. The graphics card is designed for mining but it also features a display output which means that the card can be used as a regular graphics card.

While AMD Polaris is a relatively old architecture by now, it still can be repurposed as a decent mining option. This particular variant looks brand new which means that Sapphire might have older Polaris GPUs still lying around in their inventory and selling them as mining graphics cards such as the one we are looking at right now.

Coming to the design, the Sapphire Radeon RX 570 Duo (not an official name) features a dual-slot design and a custom PCB solution that features two AMD Polaris 10 GPUs. The graphics card has a dual-fan cooling solution and each GPU is equipped with its own heatsink block that comprises several heat pipes. Looking at the back of the PCB, we can see traces of 8 GDDR5 memory chips so that’s 16 GB of GDDR5 memory in total that runs across a 256-bit x2 bus interface. 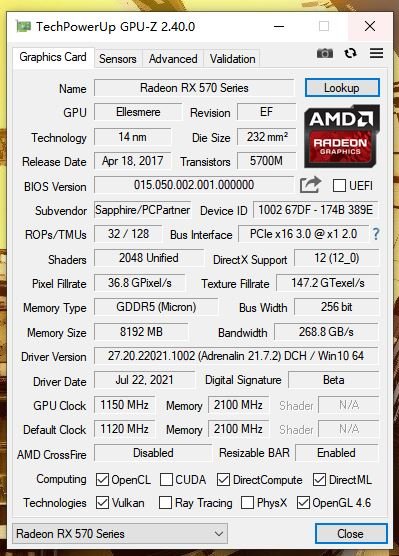 The Radeon RX 570 is a cut-down AMD Polaris chip with 2048 cores activated out of the total 2304 cores. This variant features a GPU clock of 1150 MHz and a memory clock of 2100 MHz or 8.4 Gbps. The GPU and memory clocks are definitely optimized for maximum mining output. There are two 8-pin connectors featured on the PCB but the card only consumes 125W power and delivers a rate of 60 MH/s in Ethereum. Temperatures are also maintained at a steady 60-65C. The user reports that he was able to get hands-on the graphics card for 5300 RMB which puts the price of this card at around $850 US.

This is quite a high price for this level of performance as the RTX 3060 Ti (Non-LHR) can deliver the same performance at a much lower price point and higher efficiency. Even the recently released AMD Radeon RX 6600 XT has a higher performance per watt rating in mining than the older Polaris-based graphics card.