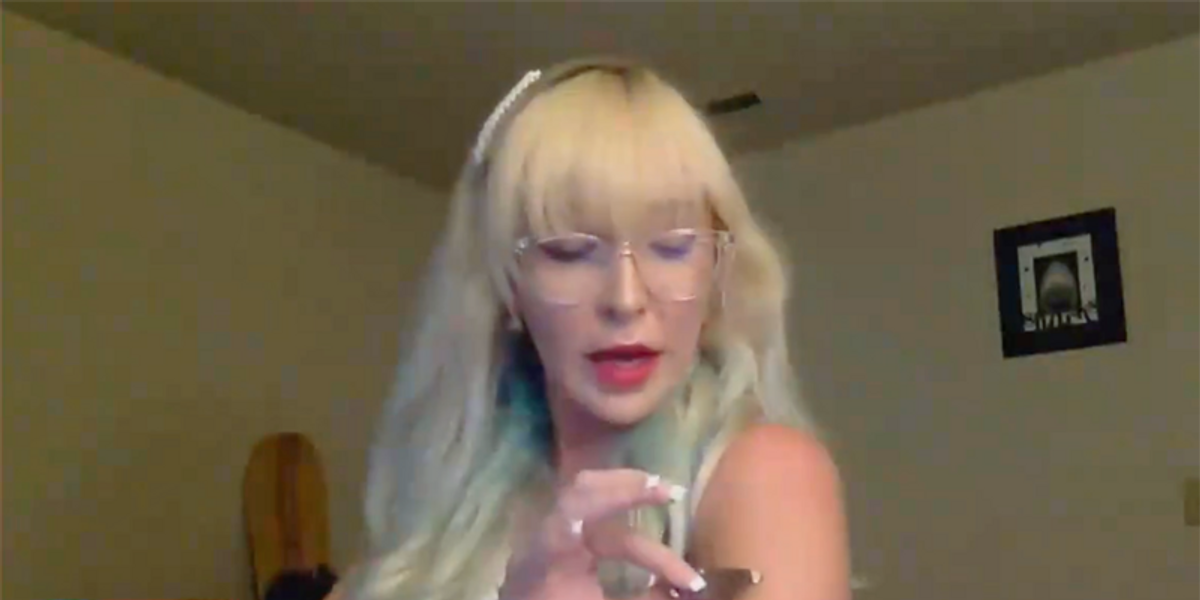 A bizarre situation unfolded on the far-right cable network One America News on Friday as a host examined the debunked conspiracy theory that vaccinations make one magnetic.

“Here’s some of the headlines,” began host Dan Ball. “There’s a lot of them out there, from the Miami Herald, BBC, Reuters, USA Today, all debunking it, saying that these social media folks that are putting it on are lying. It’s fake. There’s nothing, there’s no metal, no microchip, it’s all conspiracy theories — there’s no way that getting the shot would make your arm magnetic. So all the mainstream says there’s no way.”

But then he suggested it might be true just because it had been debunked.

“So I don’t know what to believe, because you hear me say all the time, I don’t believe in listening to the mainstream media, because they lie to us a lot or they spew a narrative,” he said.

He then conducted an interview with OAN viewer Amelia Miller, who put out a video on social media purportedly showing that she had been magnetized by the vaccine.

During Ball’s interview with Miller, a piece of metal that Miller used to prove she’d been magnetized repeatedly fell off her arm.

OAN hosted a woman who claimed the Pfizer vaccine made her arm magnetic for a friendly interview. Repeatedly when… https://t.co/L8zycw1POP

In June, HBO anchor John Oliver explained why metal can stick to skin without magnets.