A few pointers before you start your first run

With the early access period wrapped up and out of the way, it’s time to get into the Back 4 Blood open beta, which runs from August 12–16. Assemble your old Left 4 Dead crew.

You don’t need to do anything special to partake — the Back 4 Blood open beta is free across PC, PS4, PS5, Xbox One, and Xbox Series X/S, as it should be. You can download it from the PlayStation Store, Microsoft Store, or Steam. It’s already live now, and access won’t be shut off until noon Pacific on August 16. A pretty good span of time, I’d say.

When you first start up the game, you’ll get to poke around Fort Hope, a hub where you can customize your deck of PvE and PvP cards. (And yeah, the beta includes both modes.) Deck crafting might look like too much of a bother at first glance, but it’s worth picking out cards for a custom deck so you can draw the sorts of abilities and perks that best fit your playstyle while you’re progressing through the Act 1 campaign levels. 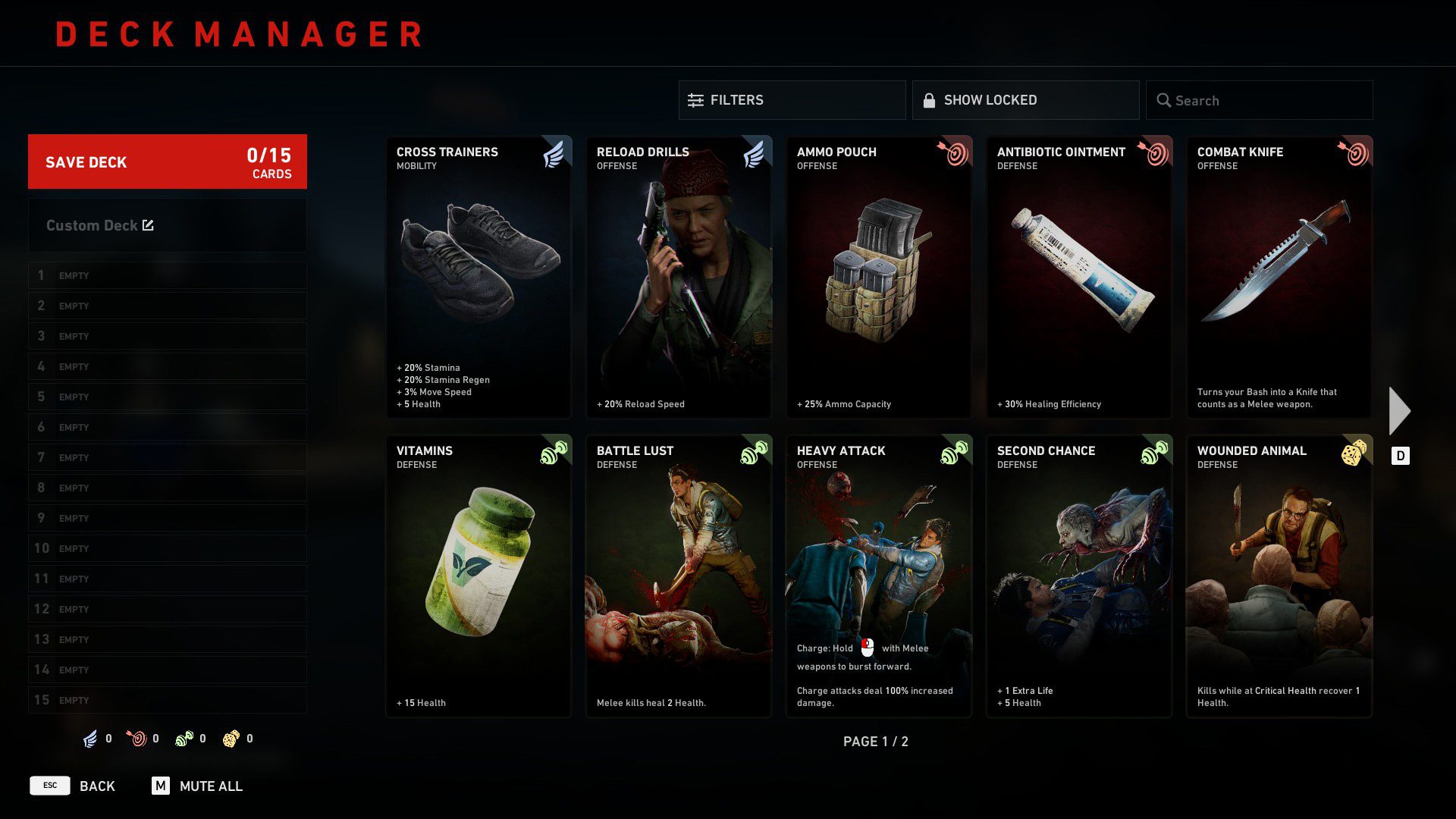 Battle Lust (“Melee kills heal two Health”) and Combat Knife (“Turns your Bash into a Knife that counts as a Melee weapon”) are easy recommendations. From my playtime so far, trust me, you’re going to want something that can help you sustain. Back 4 Blood, at least on the lower Survivor difficulty, tends to be a death-by-a-thousand-cuts situation.

Once you’ve played a bit, you should have some red currency (Supply Points) that you can invest into card and cosmetic unlocks using Supply Lines back at Fort Hope — they’re set up on linear progression tracks. It’s early, but I already like the look of the Inspiring Confidence card that heals all teammates for 10 seconds whenever a player is downed.

Another tip: in the main Play menu (accessible with the Tab key on PC), there’s a Preferences listing — that’s where you can go to disable cross-play, flip to a private campaign lobby, and choose your preference for voice chat in matchmaking.

With that said, have at it. This is as close to a new Left 4 Dead as we’re gonna get. Chris and I already shared our thoughts on the Back 4 Blood beta, which we liked it, even if we do have some reservations about the online-only requirement and lack of split-screen.

Jordan Devore
Jordan is a founding member of Destructoid and poster of seemingly random pictures. They are anything but random.