While our daily routines probably aren’t as routine as they once were, Google is preparing another round of improvements to Assistant that will make it easier to take control of your activities. Several of the new features are aimed at scheduling and keeping organized, but there are also some great additions to storytelling content and new educational tools coming soon.

Google introduced the Family Bell feature this time last year, basically giving users a variation on the traditional alarm or reminder features we’ve all used before. Now Google is aiming to expand the capabilities in several useful ways. The first big change will allow members of the household to set up Family Bells that ring on mobile devices, so it’s easier to remind both individuals or the whole family through the devices they carry if something is coming up or needs to be done. From the sound of it, this will now behave more like Family Broadcast, but with scheduling. 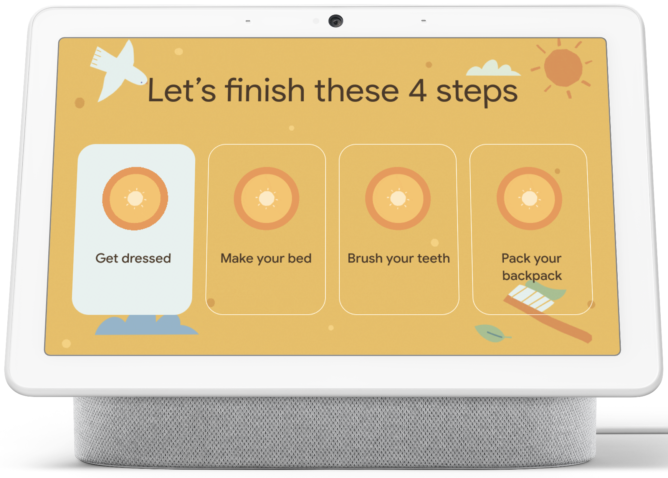 A big functional addition will come with the a new checklist feature attached to Family Bells. When the event rings, your smart display opens a list of tasks that can be completed by family members, like making the bed, brushing teeth, and starting breakfast. The list is customizable, and each task plays sounds and animations as they are checked off, keeping it fun and motivating for kids.

Google is also adding the ability to trigger your routines in response to dismissing an alarm, so you can wake up and immediately get your weather and news without having to ask for it separately. 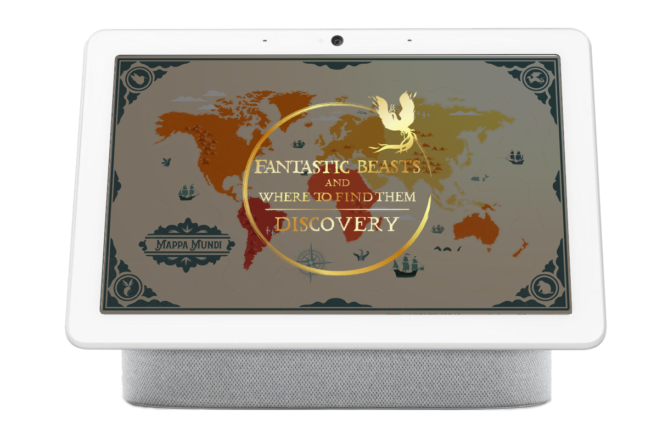 More interactive experiences are also coming this way for the kids. Google has partnered with Pottermore Publishing to bring a a series of Fantastic Beasts stories to smart displays and Android devices, including a visual world map experience. The English Schoolhouse has also joined the team to bring its award-winning educational stories and games to encourage kids to learn.

These will be accessible by asking Assistant to “tell me a story;” or you can be more specific by asking for a Fantastic Beasts story, or any of the others by name. Using Family Link, children under 13 can also have a personalized experience that helps them find their favorite content.

Older kids (and adults) haven’t been left out. Google Assistant is gaining several new advanced educational tools, like an interactive periodic table, 3D models for science and chemistry, and a Live Translation button to help with languages. Not all of these will be making it to Smart Displays, but you will be able to access all of them from a phone, and likely from the web.

Most of these features are slated to roll out over the coming weeks, but some of the educational tools like the interactive periodic table are already available. We’ll be watching as these roll out and let you know when things become available!